An Ode to the 6th Street Bridge

The 6th Street Viaduct hosted more than 80 films, countless TV shows, and a variety of music videos. Aside from its accessibility and affordability, its design and placement above the Los Angeles River made it an ideal shooting location. It’s truly no surprise that it was an iconic landmark in Los Angeles. 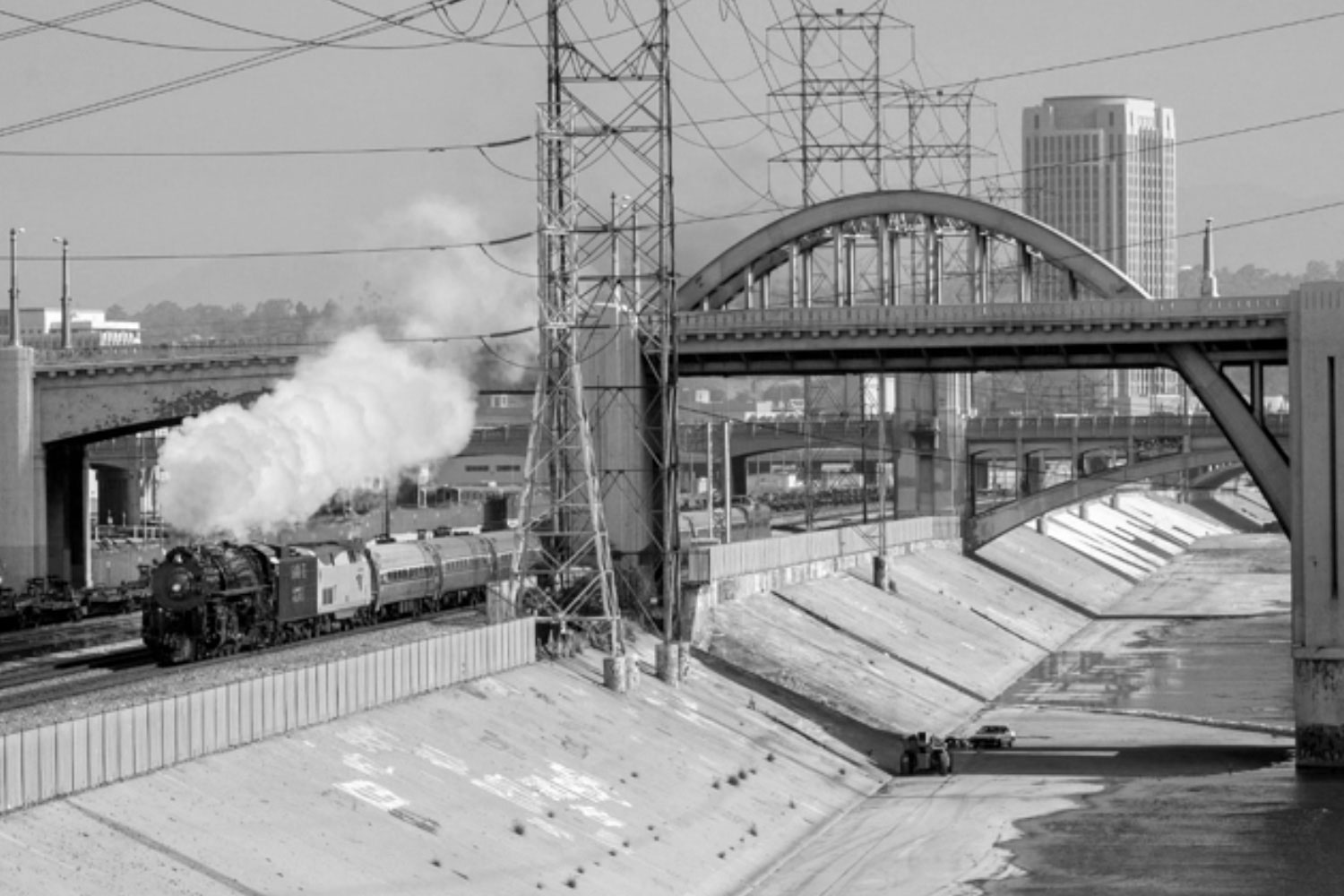 The 6th St. Viaduct has probably had more cameos than most actors. Just to give you an idea of this viaduct’s place in Hollywood, here’s a brief list of its appearances:

Aside from being a Hollywood mainstay, it became a favorite for many California residents. Mayor Eric Garretti recalls spending time with his dad and sister underneath that bridge while he was young, standing in awe of its sweeping arches and massive size. From Kanye West to Arnold Schwarzenegger’s stunt double, Peter Kent, almost everyone in movie, television, and music video production has fond memories of the viaduct.

Given the place this location holds in the hearts of many California residents and movie lovers more generally, it is no wonder that its demolition this past summer elicited such an outpouring of emotion.

THE STORY BEHIND HOLLYWOOD’S FAVORITE BRIDGE

The 6th Street Viaduct Bridge was constructed in 1932 as one of 14 historic bridges crossing the Los Angeles River. Measuring 3,500 feet in length, and 46 feet wide, this four-lane roadway was the longest of all 14 structures. It was located in the heart of Downtown LA, connecting the LA Arts District with Boyle Heights.

The inspiration for the bridge was the “City Beautiful” design philosophy, which dictated combining the beautiful and the functional. Modern by the standards of 1932, the bridge’s chief architect — Louis Huot — intended the structure to be a monument to the automobile. Foreshadowing the supremacy of autonomous transportation, it’s no surprise that the 6th St. Viaduct was a key element in several car-centered visual pieces.

But why did it need to come down? When the bridge was being constructed, all of the concrete for the project was supplied by an on-site plant. However, the concrete was mixed with water from the Los Angeles River, which had high levels of alkali. Over time, rust and cracks developed in the concrete as a result. Though conservationists tried to develop a solution, it was simply too late. As of August 2016, the historic 6th Street Bridge is no more.

The demolishing of the bridge hit Downtown LA at its heart, as it was both a historic and iconic landmark. The bridge will be forever missed, by everyone – including both movie lovers and movie makers. Fortunately for all, it will live on in all of its glory through the multitude of cinematic features that it appeared in – right up to its final cameo on Chuck Russell’s, The Mask. 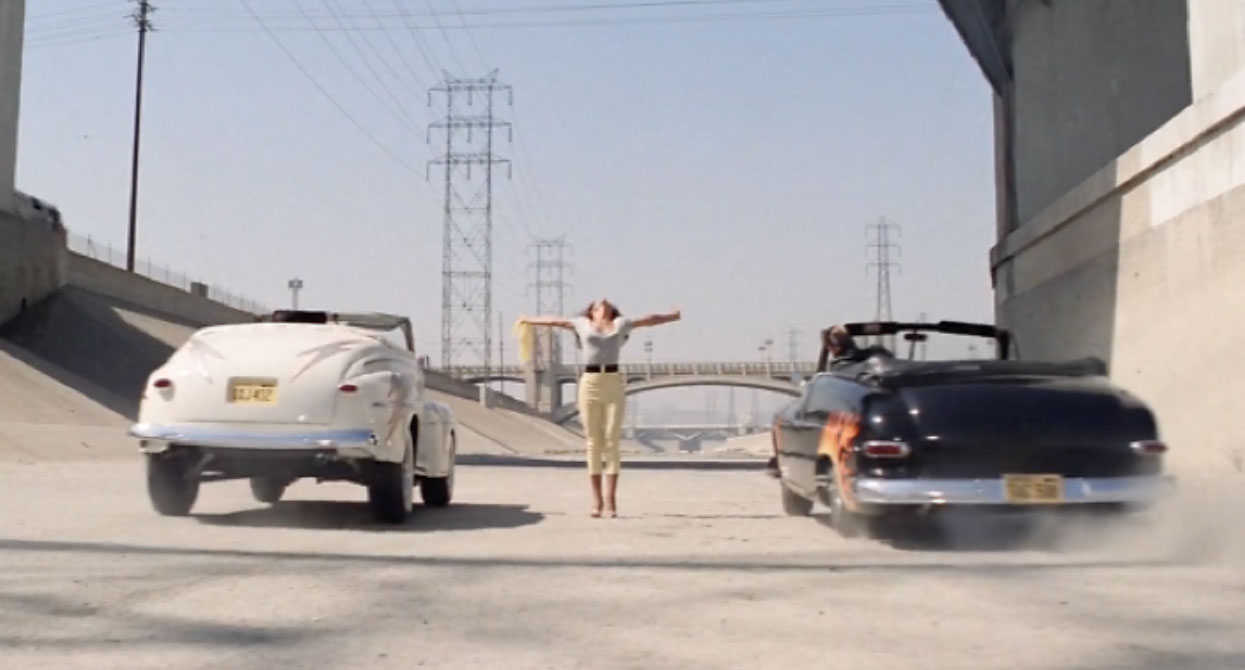 Who could forget when Cha-Cha began the Thunder Road Race with a drop of her yellow scarf? This intensely nail-biting scene is arguably the 6th Street Bridge’s most iconic moment. Using the aqueduct as the race’s location wasn’t just Randal Kleiser’s creative alternative to the fight scene at the end of Grease’s on-stage version. It perfectly captured the car culture of the depicted time period. 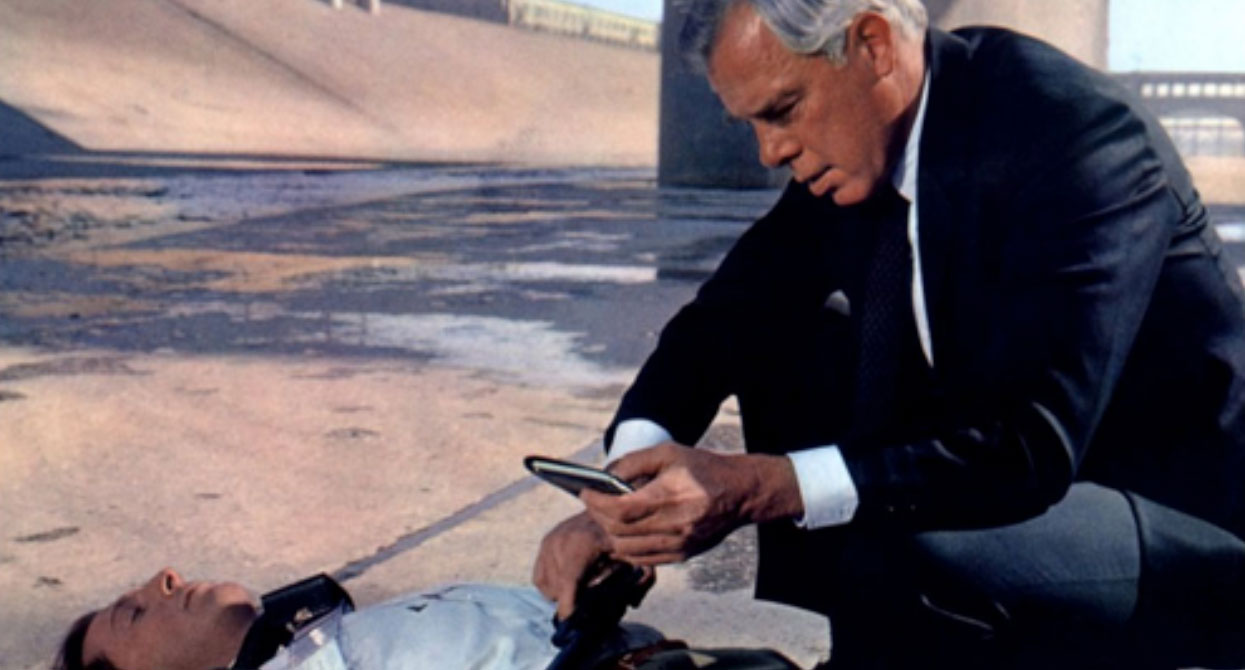 As iconic as the bridge is for its appearance in Grease — a largely feel-good film — let’s not forget its basic design. The 6th Street Viaduct was a gray mass, whose sweeping metal arches casted long, dark shadows across its concrete habitat. Such a location makes the perfect plot point for darker cinematic moments. This is exemplified best in Point Blank, a 1967 drama whose main themes were betrayal and revenge. Filmed underneath the bridge, right by the river, no film better exploited the viaduct’s grizzly potential. 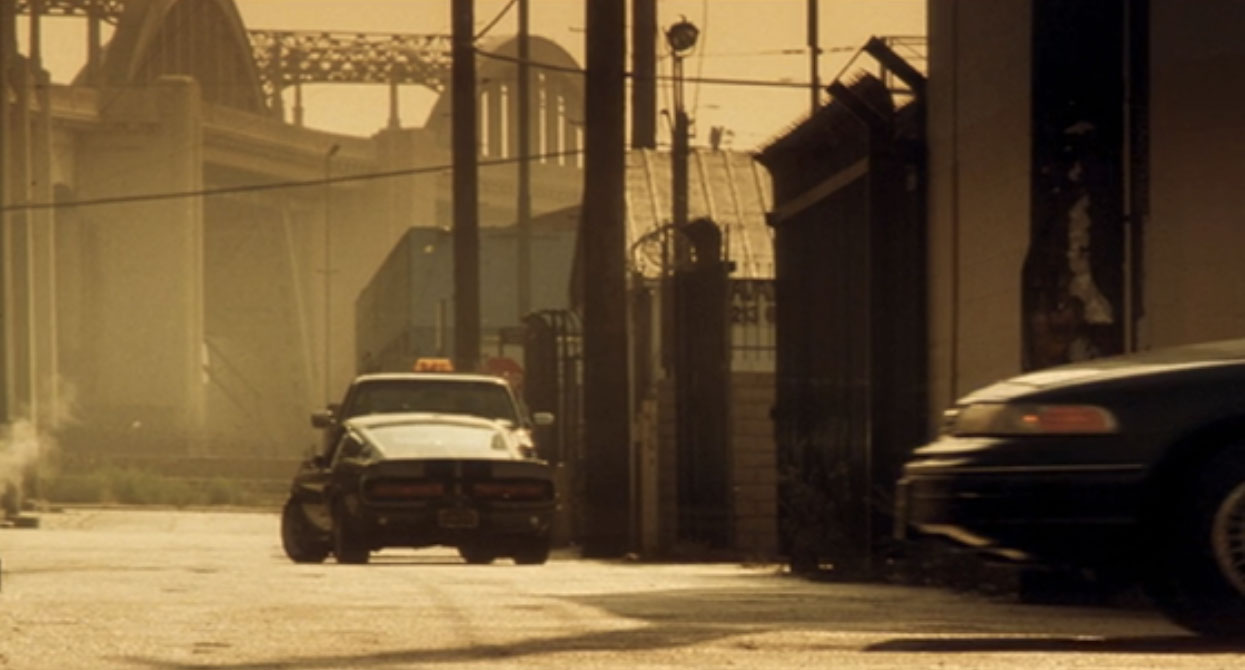 Built especially for cars, it’s only right that so many films made the viaduct a key element and plot point. Take Gone in 60 Seconds, directed by Dominic Senna and starring Nicholas Cage and Angelina Jolie. Racing through strangely uncrowded DTLA streets, they eventually reach the 6th Street Viaduct. In fact, the location is featured so frequently in the film that it becomes a character in its own right. 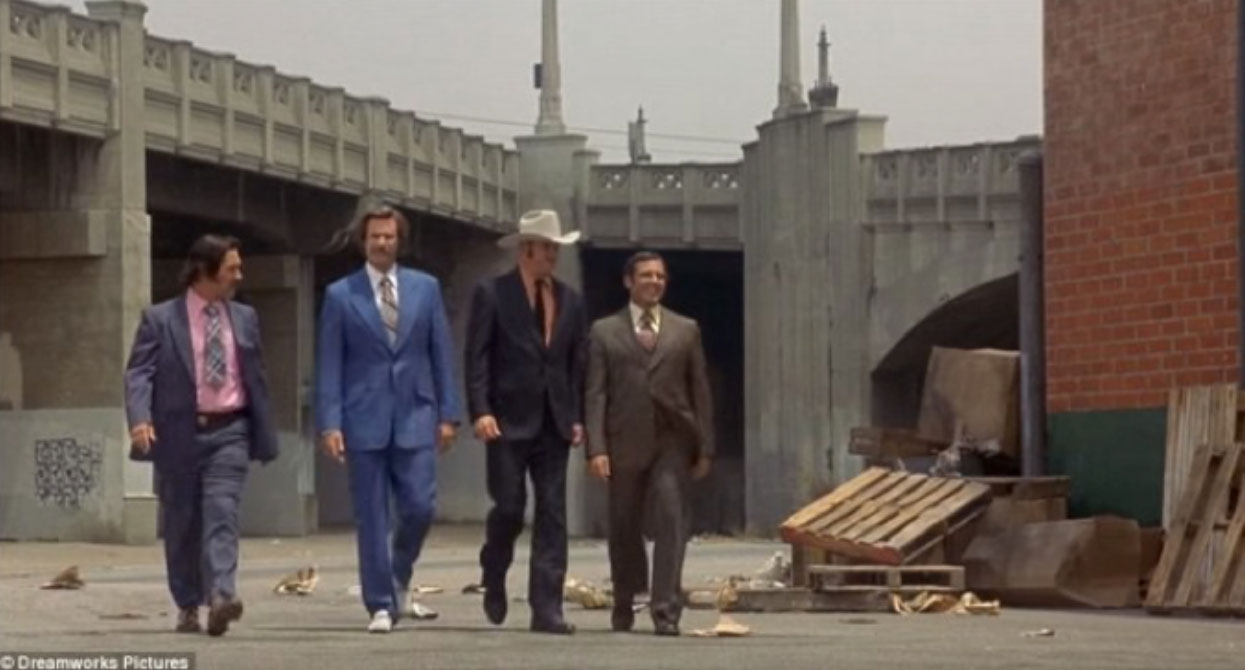 The Viaduct’s grey exterior and sweeping arches so easily lends itself to serious, suspenseful, even dark scenes. How ironic, given that it was home to some of cinematography’s wackiest movies. Remember the news station fight from Anchorman? Yes, that was filmed at the 6th St. Viaduct.

THE 6TH STREET BRIDGE from Vashi Nedomansky on Vimeo. 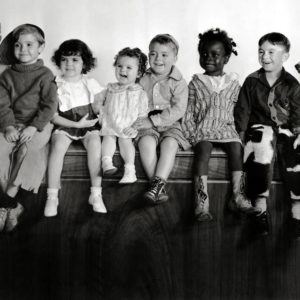