In general, over the past 50 years our society has steadily weighed more and more because of the greater availability of manufactured foods. A crafts services table is a nightmare microcosm of this truth.

Working on a soundstage—long, erratic hours, lack of sunlight, spotty cell and Internet service—can feel like you’re living under a rock. But no boulder is big enough to prevent you from knowing that gaining weight is discussed, bemoaned, feared, and excused by all sorts of people in all walks of life.

Battling it when working on a soundstage has its own sets of circumstances, challenges, and solutions.

First, an overview, i.e. the exposition: Remember that Law of Thermodynamics you sort-of learned in high school science? The amount of energy that goes into a machine is intended to go out. When it doesn’t do so organically, something bad occurs, like a big widget on a factory line explodes. When the machine is your body the “bad” thing is that un-expelled energy becomes stored fat, and suddenly your jeans don’t fit and your jacket doesn’t zip, and even just sitting at video village makes you feel gross about yourself.

Which means either don’t take in extra energy and/or find a way to get it out.

How can you accomplish either or both of these when living a soundstage life? Think of the following not as a final shooting script but rather a storyboard from which you can create your own personal super-hero ending.

This is adorable advice, isn’t it? Because when you’re in the thick of production, that’s like saying, “Don’t breathe.” Perhaps more reasonably, do what you can to eliminate stressors. Stress is a two-fold super-villain because of “cortisol,” a stress hormone that stimulates your appetite plus slows down your metabolism. It should be noted here that “stress” includes emotions you might otherwise describe as “anxiety,” “anger” or “boredom.” Sadly, stress can also include feeling excited about the project you’re working on, or just the mere fact that it might be something new—with new bosses, new colleagues, a new crew.

Avoid stress by taking time to think about how you manage your emotions. Does counting down from 20 work for you? Blasting the latest Taylor Swift (no judgment) through your ear buds? Taking a little walk? Breathing some fresh air? Phoning (or even texting) a friend? Whatever it is, pro-actively make a plan to allow time and space for it during your day. Yes, your work is demanding, and often very schedule-specific, but it is also a life of “hurry up and wait.” Use the “wait” wisely.

Eat and drink the right stuff, and ditch the rest.

Fritos, fun-sized Snickers bars, Dr. Pepper. They are all yours for the taking at the craft services table every day and every hour you’re on that soundstage. And they’re awful for you. This isn’t news. In general, over the past 50 years our society has steadily weighed more and more because of the greater availability of manufactured foods. A crafts services table is a nightmare microcosm of this truth.

But craft services can also be your greatest ally. You know what’s also almost always on those tables? Fresh fruit, bottles of water, yogurt, and hard-boiled eggs. Thank your craft services overlord for placing them there; encourage more of it. These men and women rightfully take great pride in their work. If you genuinely befriend them and value their role, they will look out for you. And a trade secret: They often have blenders in their trucks or small offices. Hand them some goodies from their table, maybe bring some protein powder of your own, and they’ll whip up a smoothie for you. Bonus points if you clean out their blender afterwards and/or buy them a thoughtful thank you gift every once in awhile.

The catering company (which provides your lunch, and sometimes your breakfast too) is another ally. They generally do a very good job presenting options; it’s up to you to choose healthy ones. Working on a production sometimes means your “breakfast” is a 1PM call, “lunch” is 9PM, and when you’re finally free and on your own for “dinner” it’s the wee hours of dawn. But that old adage can still apply: “Eat breakfast like a king, lunch like a prince and dinner like a pauper.” (The last will come quite naturally when you stumble home at 3AM.)

Finally, have a healthy relationship with that burly grip you work with. You know, the one who pounds potato chips and Mountain Dew all day long. Love him for the good work he does. And don’t loathe him for what he eats, but also don’t measure yourself by him. It’s that thing your mother used to say: “If your favorite key grip jumps off a bridge, does that mean you would too?”

Move around whenever you can.

Even when your work on a soundstage is fairly physical, there’s also a great deal of inertia. Combat it by making that time your own. If you can’t get off the soundstage, those spaces are enormous—at Los Angeles Center Studios, they’re all 18,000 square feet! If you walk the perimeter even once, that’s one-tenth of a mile. If you can manage to do that 10 times in a day, you’ve got a mile under your belt that might otherwise be spent sitting on an apple box eating a donut. If you’ve got some play money (or a birthday coming up) consider investing in a Fitbit. It will track your steps. Positive reinforcement isn’t just for the nursery school set.

Get a good night’s sleep.

You’re angrily laughing out loud now. Because this is a tough one when you’re stressed (see above) and working weird, variable hours (also see above). But that doesn’t make the truth any less true: a 16-year study of 68,000 women found that those who slept five hours or less a night were 30 percent more likely to gain 30 or more pounds than those who slept seven hours.

Getting a good night’s sleep despite the odds stacked against you also goes hand-in-hand with eating well and moving your body. It’s biofeedback, another science thing you once-upon-a-time learned about high school.

No one’s saying it will be easy to keep the soundstage-induced weight off, but we all know that the extra effort—and mindfulness—is worth it. You’ll feel better about yourself, which as a bonus will probably mean you’ll perform your job on that very soundstage better too.

The Rise of the Über Short Film Festival. 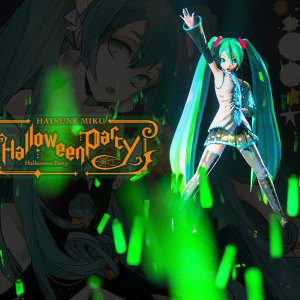