We love Kermit the Frog (who doesn’t?) but there’s one thing we think he got wrong: It is that easy being green—if you make a commitment to it.

The Resurrection of the Electric Car

Electric vehicles are a big part of that commitment—and an up-and-coming “trend” in Hollywood that we’re excited to stand behind.

It hasn’t always been this way, as documented in the compelling 2006 documentary, Who Killed the Electric Car? But Hollywood loves a good sequel, and that documentary got one. It’s called Revenge of the Electric Car, released in 2011 by the same filmmaker (Chris Paine) in acknowledgment—and hope—that the tide was turning.

In fact, his original documentary was a catalyst for that turning tide, in part by getting Hollywood to pay more attention. Paine’s first documentary compelled several film and television creators to not only buy their own electric vehicles, but also to write them into scripts—such as Jon Favreau giving Stark (played by Robert Downey Jr.) a fondness for Teslas.

And if you’re curious about all of the electric vehicles that have ever appeared in t.v. and film? Fear not, there’s a way for you to see hours of your time tick by in the blink of an eye. It’s called the IMCDB—short of Internet Movie Car Database—and within it you can search for any vehicle and see what t.v. shows and movies it’s been in. This includes the now wide array of electric vehicles out there. Here’s the page for the Chevy Volt, for example, complete with screenshots of its famous appearances.

Electric Cars, Drive on Up!

There’s no doubt that the use of electric cars is on the rise. These days, one in 50 drivers trade in their cars for a hybrid or an electric/alternative fuel model.

We’re proud that the employees and visitors to LACS make the commitment to change too. You know how we know they do? Nowadays, we keep seeing beautiful electric cars driving onto our lot. Chevys, BMWs, Nissans, Fiats, Hondas, Cadillacs, Fords, Porches, Kias, Teslas, Mitsubishis, Volkswagens, Smart Cars—gorgeous, all.

And we’re so pleased by the green of it all that we’ve built six electric car-charging stations for our tenants and guests. We’re talking free-of-charge, prime parking spots. (And if you don’t yet have an electric car, how about your bike? We have bike racks ready for your use throughout our campus.)

We’ve Come a Long Way Since the Original Earth Day

Earth Day was originally a one-time rally staged in 1970. In 1990, it was re-visited as an ongoing movement. Forget cars for a moment. Twenty-four years ago, there was barely even a recycling bin to be seen anywhere across the country. Today, LACS has bins for bottles, cans, and paper in every single suite, and battery, printer toner, and e-waste collections throughout the lot.

We’re not bragging. We’re simply pointing out that things can change for the better, and that organizations, businesses and campuses like ours have the capacity to affect that change. Happily so.

There are a lot of other ways we defy Kermit’s lament, too. Have you eaten at our Flix Café? If you have, you’ve probably noticed that we use real silverware and plates—just as you would at home. And if you’ve gotten take-out from Flix, perhaps you’ve also noticed that those boxes and utensils are compostable. The whole café is in fact green-certified. (And we don’t serve frogs legs, so Kermit would be comfortable here.)

Green is In Our Blood

Our main building itself was designed for energy efficiency, Southern California-style by the original occupants and we’ve only improved on a great design! The 120-degree angles on our tower ensure that none of the windows face directly south. This lowers the heat load from the sun, which reduces the need for our tenants to play the “air-conditioning game” all day long. You know the game: Crank it up, turn it down, have one of your co-workers complaining that it’s not blasting enough, another complaining that it’s blasting too much. The building’s architecture probably cuts out annoying office dynamics as much as it cuts energy use.

And while we’re on the subject of office dynamics. . . Have you ever heard the phrase, “If these walls could talk?” (Of course you have.) Our walls (and ceiling panels, and carpets) would have a lot to say. Because before they came to us, they had previous lives—recycled construction materials abound in our offices. (It’s the Green Movement version of Karma.)

We’ve also made many of the changes everyone in California (and around the world) is being urged to make. All of our appliances are low-flow: our air-hand dryers, our sinks, our toilets. Our landscaping is built for low-water use (and it’s still beautiful!). We’re conscious about turning off all of our equipment (computers, printers, etc.) each and every night when we go home. And we’re in the midst of converting nearly all of our indoor lighting to L.E.D.

Kermit lamented in song, “It’s not that easy being green.” But that was back in 1970! Things have changed, and things must continue to change.

That said, Kermit was also forward thinking. He also sang: “And green can be big like an ocean, or important like a mountain, or tall like a tree.” Here’s to hoping that one day soon we see Kermit driving an electric car to add to his transportation fleet along with that Schwinn bicycle. 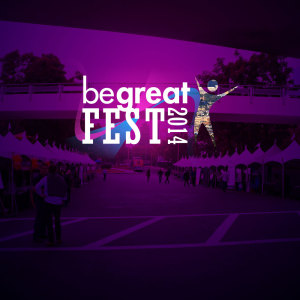 Media moguls. Energy drink entrepreneurs. Tech savants. Shoe designers. What do they have in common? They were all gathered...