Media moguls. Energy drink entrepreneurs. Tech savants. Shoe designers. What do they have in common? They were all gathered at Los Angeles Center Studios on November 14th—along with 5,000 more business owners, executives, investors, philanthropists, and creative visionaries.

NOVEMBER 14, 2014 – Officially speaking, the occasion was the second annual Be Great Fest. But being there was more like an enormous get-together of Los Angeles’ taste-makers, deal-makers, and difference-makers.

This didn’t happen by accident. It’s the mission of Be Great Partners to build great companies throughout Los Angeles and then connect them with one another—and with everyone who lives in this city and wants to be inspired to greatness. And what better place to do this than on our campus?

In 2012, the Startup Genome Project named Los Angeles the third best startup ecosystem in the world! We’re only behind Silicon Valley (duh!) and Tel Aviv (interesting!). We’re two slots ahead of New York City (take that Sinatra’s “If I can make it there I’ll make it anywhere!”).

But here’s the catch: Los Angeles can be a tough city to connect in. East side, west side, ocean, valley—we’re all doing amazing stuff on our own, but how much more power could we harness if we could just connect, and learn from one another.

That’s exactly why the Be Great Fest came to Los Angeles Center Studios this year. We’re more than spacious soundstages and comfortable offices and a really great café. We’re a community.

On November 14th, seven featured speakers rallied, implored, and inspired all of us. Scott Painter, Founder and CEO of TrueCar spoke about forming a company with directed purpose, and then maintaining and growing it with 100 percent authenticity. He believes that great companies solve problems. As a leader of such a company, he also believes in trusting and empowering his employees.

Scott Flanders, CEO of Playboy Enterprises, spoke of his less than orthodox rise to the top—just the type of story Los Angeles loves. He was frank about the fact that he has never taken a business class; everything he’s learned has been from experience. Perhaps gleaned from that experience, his advice to entrepreneurs: Keep in mind where your opportunities are. . . and what could crush you.

Speaking of crushes. . . The Start-Up Exhibit—another featured aspect of the Be Great Fest—was an exercise in falling in love with a new product, then another, then another. Winding your way through the Los Angeles Center Studio’s campus, you encountered 250 occasions to crush on a great idea some savvy entrepreneur had brought to market. Ludlows Cocktail Co. Jelly Shots hark back to college days of yore, but with a sophisticated cocktail twist (think Moscow Mule).   Before Ludlows was born, Freya Estreller, the company’s co-founder, noticed a dearth of women entrepreneurs in the spirits industry. She decided to take matters into her own hands.

Looking for an “energy drink” of a more traditional sort? Marquis Beverages makes those—but with a vegan twist. And also with (or more aptly without) zero calories, no artificial ingredients, gluten-free, Taurine-free, and non-GMO. All that and made in the U.S.A. to boot. Nicole Landers, the company’s marketing director, was on hand at the Be Great Fest to give everyone passing by the lay of the land.

Some products on hand were conceptual as well as tangible. rHope, whose tagline is “empowered purchasing,” is all about style and substance. The company brings female-driven artisan products made in an impoverished community in India to market in the U.S.—with profits going back to that community in support of an increased quality of life for its women and children. All that, and the products—clutches, wine bags, wallets, and more—are beautiful for any L.A. occasion.

Because, yes, let’s not forget we’re in L.A. Which means that after eight hours of influential speakers and meandering the booths laden with inspired products, it was time for a party. Rest assured, the Be Great Fest knows the value of a good party. (You could buy a ticket for just that portion of the event!) Los Angeles Center Studios transforms from day to night as well as any beautiful man or woman living in this fair city, so of course the evening did not disappoint.

The Be Great Fest has wrapped for 2014, but that doesn’t stop us from continuing to be great. Beyond the distinguished speakers, the ingenious brands, and the thousands of enthusiastic visitors taking it all in, what the Be Great Fest taught us is that we can be inspired every where and every day if we simply seek it out—both at Los Angeles Center Studios and in the wide world beyond.

For more information about the event, as well as future Be Great events, visit www.begreat.co/fest 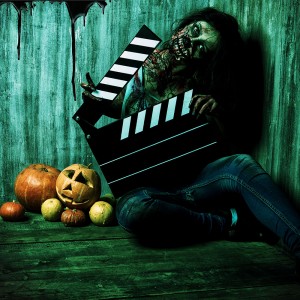 Becoming a special effects makeup artist in Hollywood (or any other filmmaking hub) is a difficult proposition. Forging a successful...