The devil’s in the details when it comes to unforgettable characters: detail in dialogue, detail in cinematography, and detail in performance. And, of course, let’s not forget about the importance of costume design.

Considering that our favorite film stars rarely appear on screen without their clothing, it could be argued that legendary costume designers, such as Edith Head, Sandy Powell and Colleen Atwood get more screen time per movie than Judi Dench, Cate Blanchett and Charlize Theron combined. From the intricate seam work of ornate gowns to the subtle selection of a necktie, the creative choices of the costume designer include elaborate, uncompromising details that undeniably contribute to the most memorable moments in movie history. It’s here that the importance of costume design in film truly shines.

Costume design is particularly important in the development of a film’s characters. Beginning with a careful study of the script and story, costume designers use color, shape, fabric, juxtaposition and more to help turn words on a page into vibrant on-screen imagery that complements the vision of the filmmakers and writers. Meticulously crafting every aspect of the very garb in which our cinematic players are cloaked, these creative artists play a critical role in the creation of a character.

Let’s take a look at several artistic decisions that have the presence of cinema’s most indelible protagonists and villains and guided the overall aesthetic and art direction of entire worlds, thus demonstrating the undeniable importance of costume design in film. 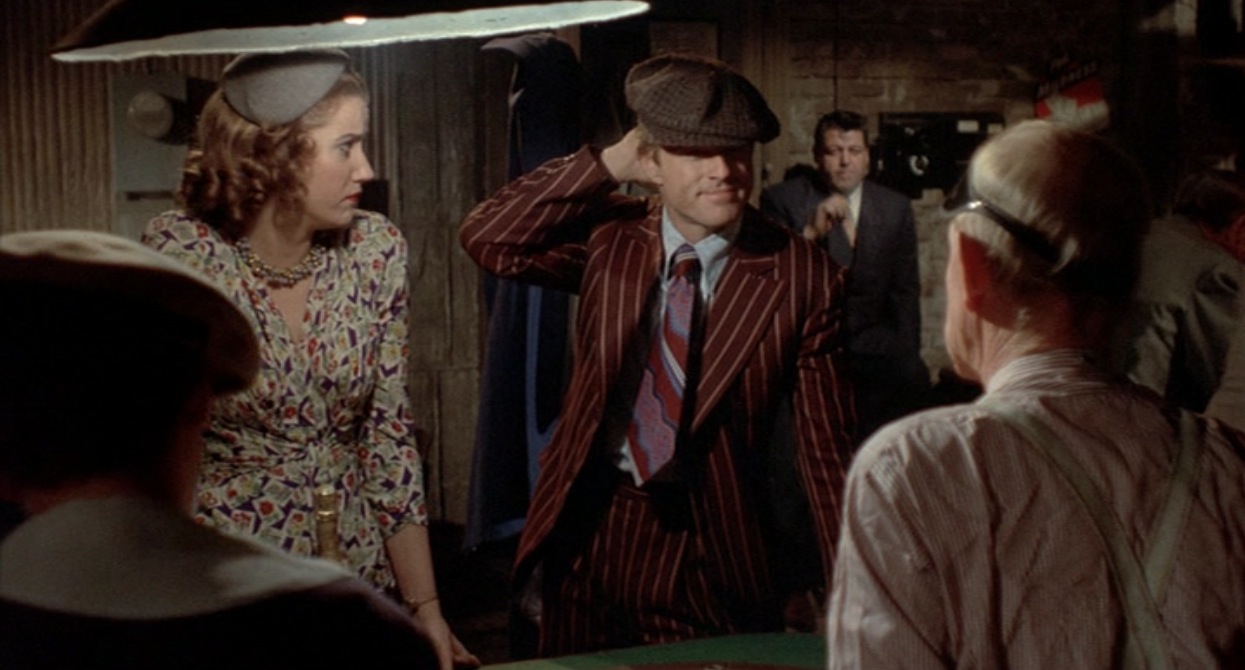 Our first exhibit in the importance of costume design in film comes from the iconic costume designer, Edith Head. Winner of 8 Academy Awards, her roster of Hollywood actresses includes signature icons such as Mae West, Grace Kelly, Elizabeth Taylor, Doris Day and Audrey Hepburn. Head’s nearly 60-year career included costume design for the crime classic, The Sting. It was of the upmost importance that her costume designs were true to the 1930’s; else the entire film would have been thrown off. As evidenced by the movie’s Academy Award, she clearly pulled it off. Beginning with nuanced design sketches and color layout, and culminating in a careful selection of ties, suspenders and fedoras, she perfectly captured the fashion of 1930’s depression-era Chicago. 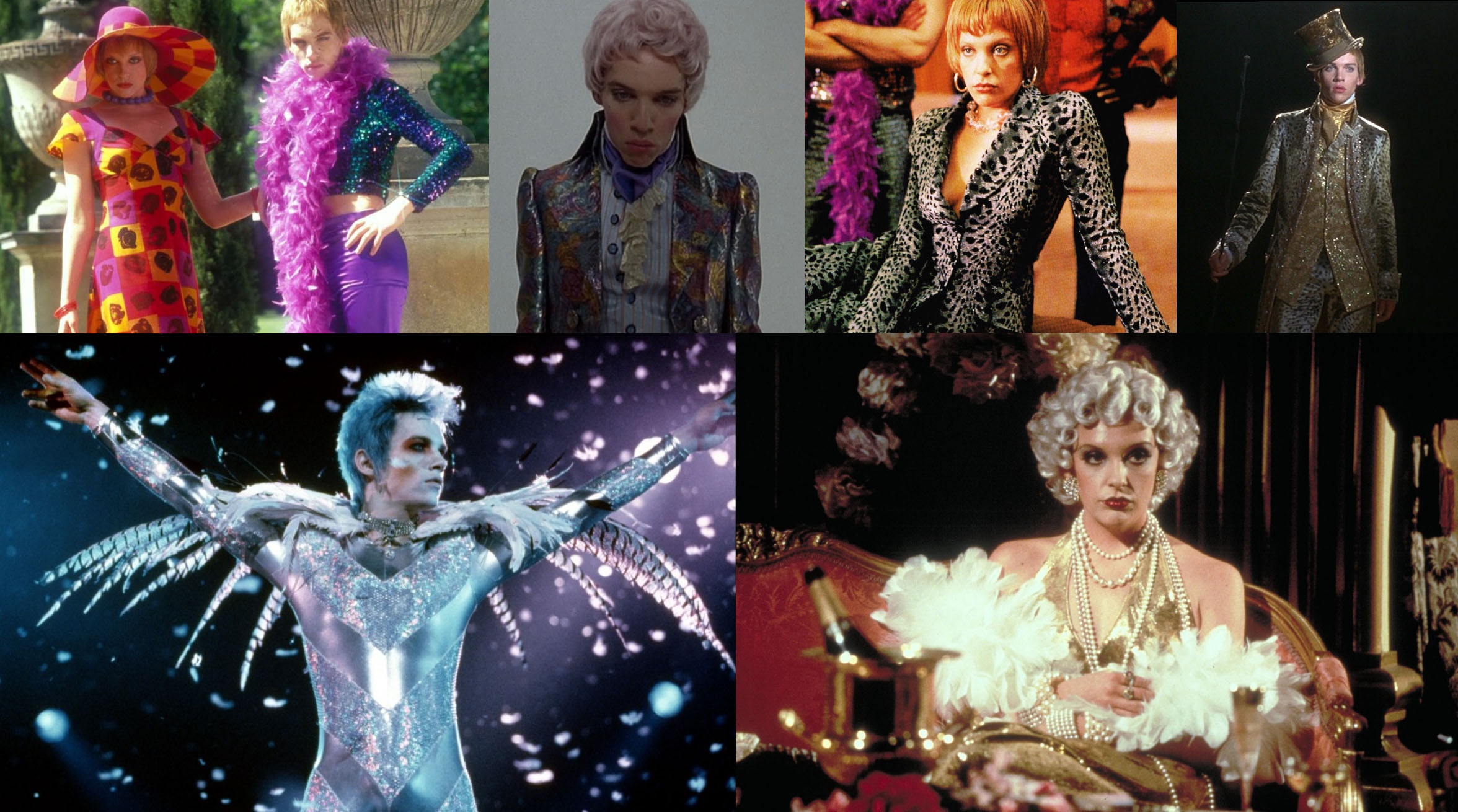 In 1998, Sandy Powell stunned audiences with her homage to the unparalleled stage costumes of 70’s Rock in Velvet Goldmine. Utilizing metallic skintight suits, pixie cuts, and feathered garb, she drew heavily from her own childhood experiences watching the legendary David Bowie. Powell’s costumes yielded unforgettable imagery and captured the time period’s singular aesthetic, while simultaneously giving birth to her own unique and original vision of Glam Rock. 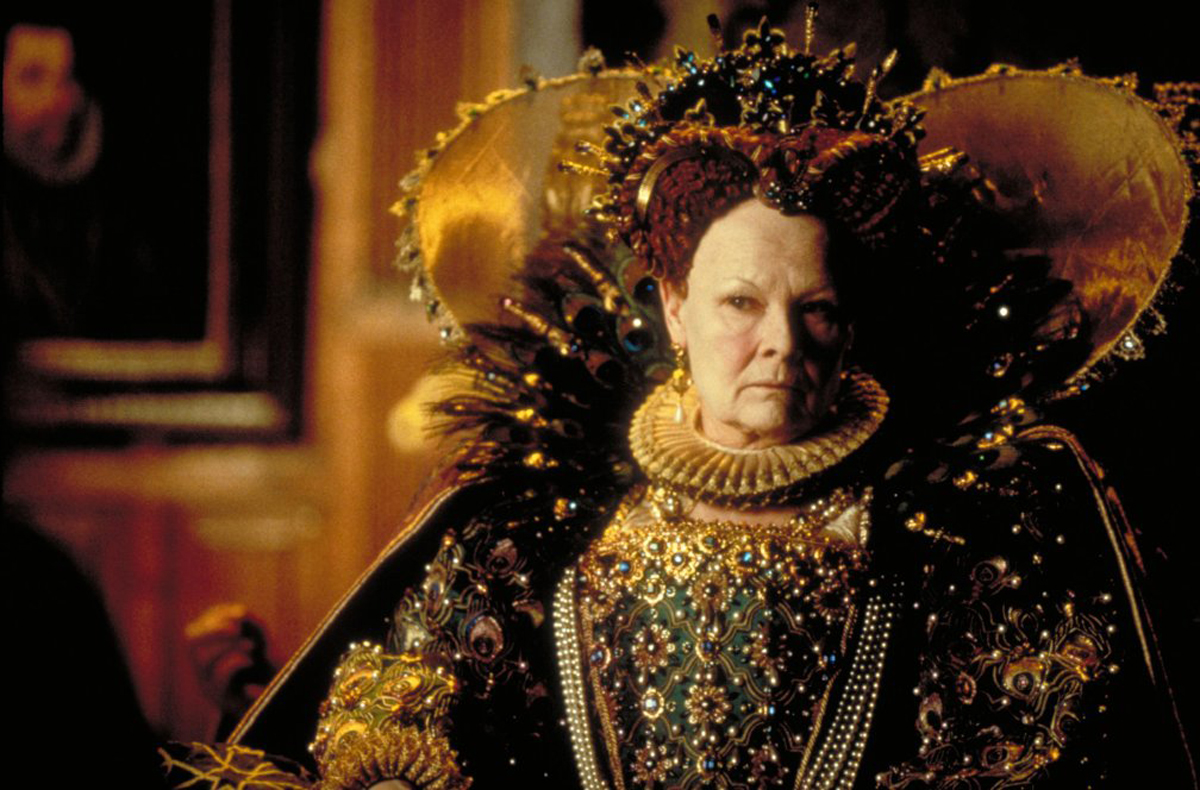 The Elizabethan period is one of Powell’s favorite eras – a highly fashion-conscious age with sumptuous fabrics and exuberant dress. Her most extraordinary costumes to create were for Queen Elizabeth. “Queen Elizabeth apparently had over a thousand dresses – hugely flamboyant and over-the-top…[her frocks] were literally piled high with jewels,” Powell states during a Miramax Press Kit. In other words, if Powell had missed even the most miniscule detail, it just wouldn’t have been Queen Elizabeth. Once again, the importance of costume design comes through in constructing an authentic character and era. 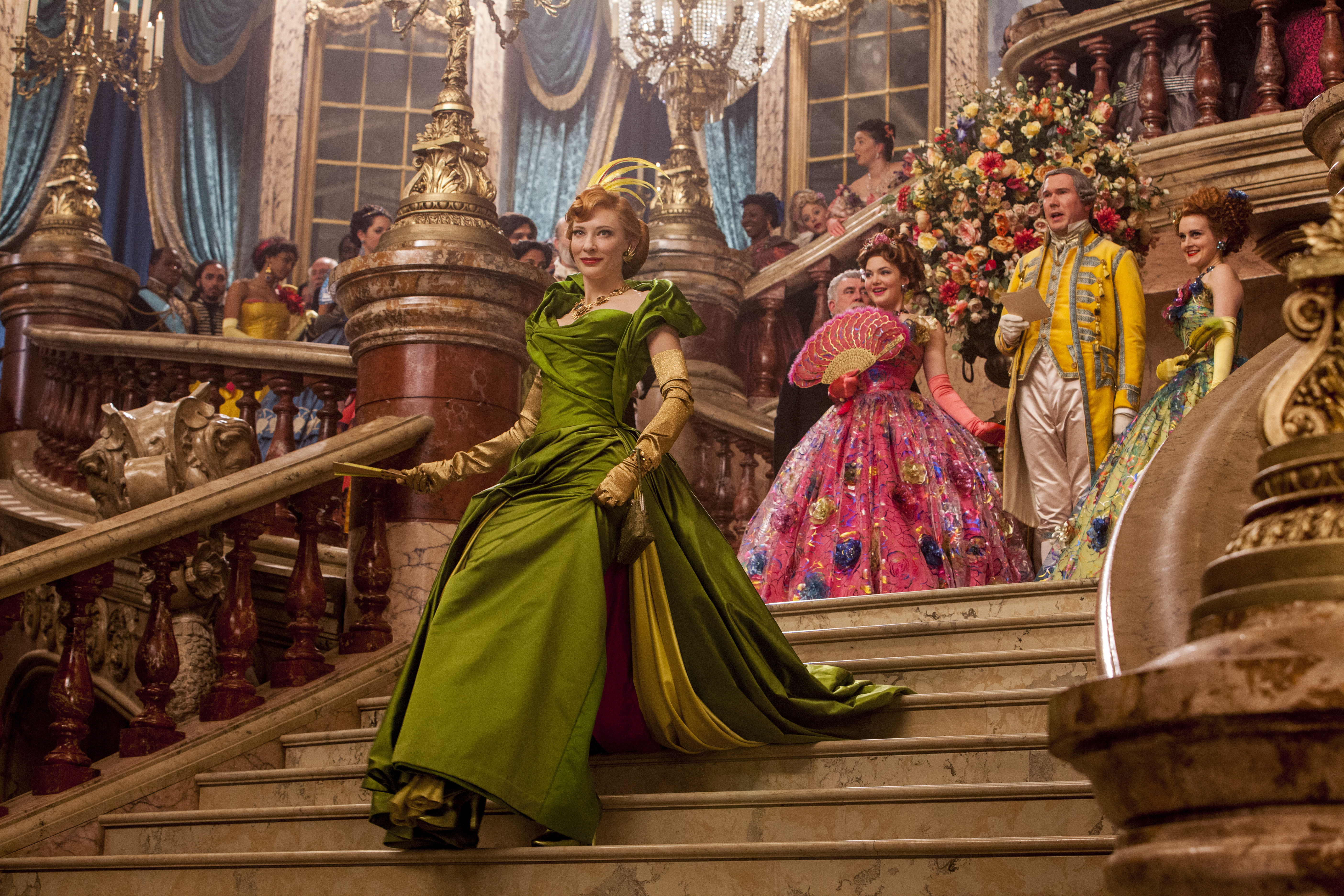 During a Variety.com interview, Powell describes the role of costumer design in film as “… not just putting clothes on people, it’s actually helping create the character. It’s helping the director create his vision for the whole film.” Colors are incredibly important for defining a character. “I do actually tend to think of characters in terms of color before I even know what they’re wearing. And Cate’s colors, there is a lot of green. Her colors are all cool colors. None of them are friendly colors, I wanted her to have black but not be predominantly black. I didn’t want to go like that with a villain. So, it was blacks with strong cool colors, strong jewel-like cool colors that were sort of expressive,” states Powell.

SNOW WHITE AND THE HUNTSMAN 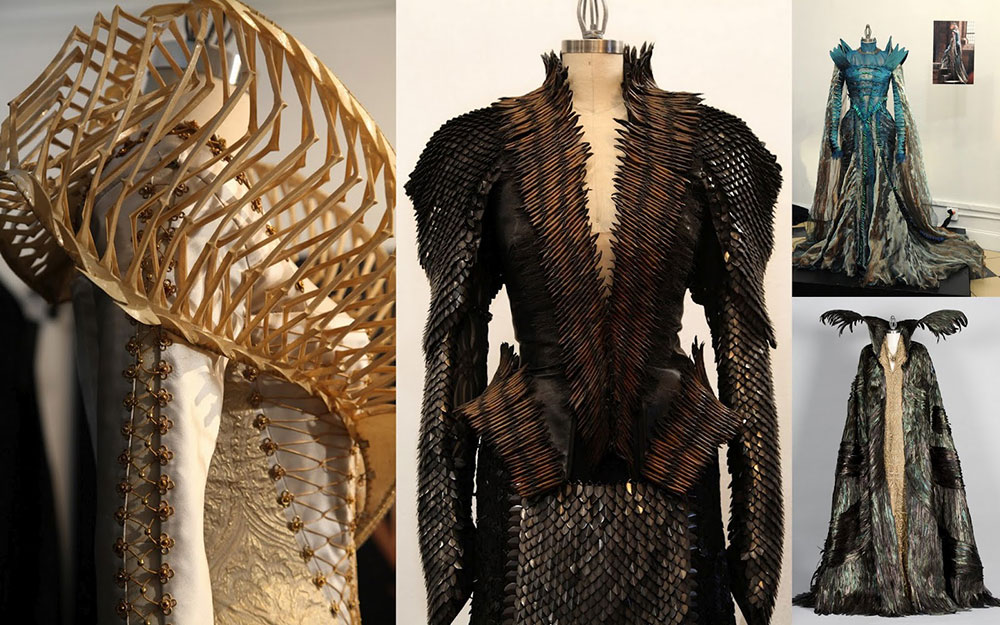 Fantastic storylines present an opportunity to spawn outfits unlike anything seen in real life. It’s especially in the case of fantasy tales that the importance of costume design shines brightest: designers have the opportunity and the responsibility of fabricating ensembles that reflect character personalities in ways that real life clothing simply can’t. In constructing evil Queen Ravenna’s wedding gown, Colleen Atwood used a parchment that was cut and shaped into a cage-like skeleton worn about the shoulders and bodice to accentuate the character’s hard, cold persona. Also to be found in the film’s daring wardrobe was a gown adorned with handpicked and mounted rooster feathers.

MEMOIRS OF A GEISHA 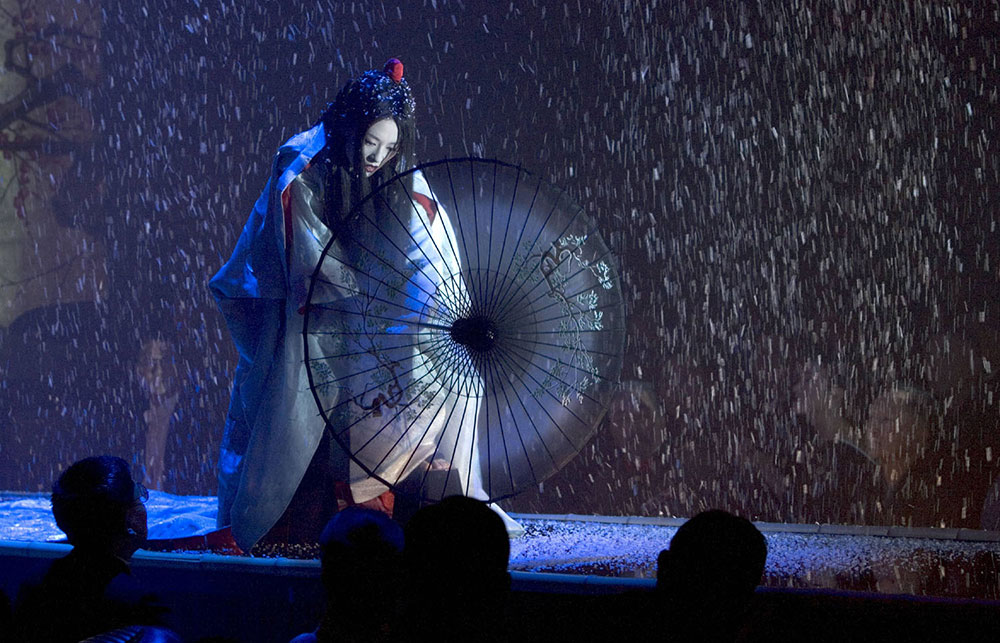 When it came to designing the kimonos in this 3 time award-winning Oscar film, Memoirs of a Geisha, Atwood admits that some compromises were made in terms of authenticity. Atwood noted, “the subtlety of an actual geisha dress wouldn’t have the right impact on film…We were taking an art form that is a huge part of Japanese culture but it was important to remember that we were making a movie based on a book of fiction, written by a guy, about a geisha. It is not a documentary film.” 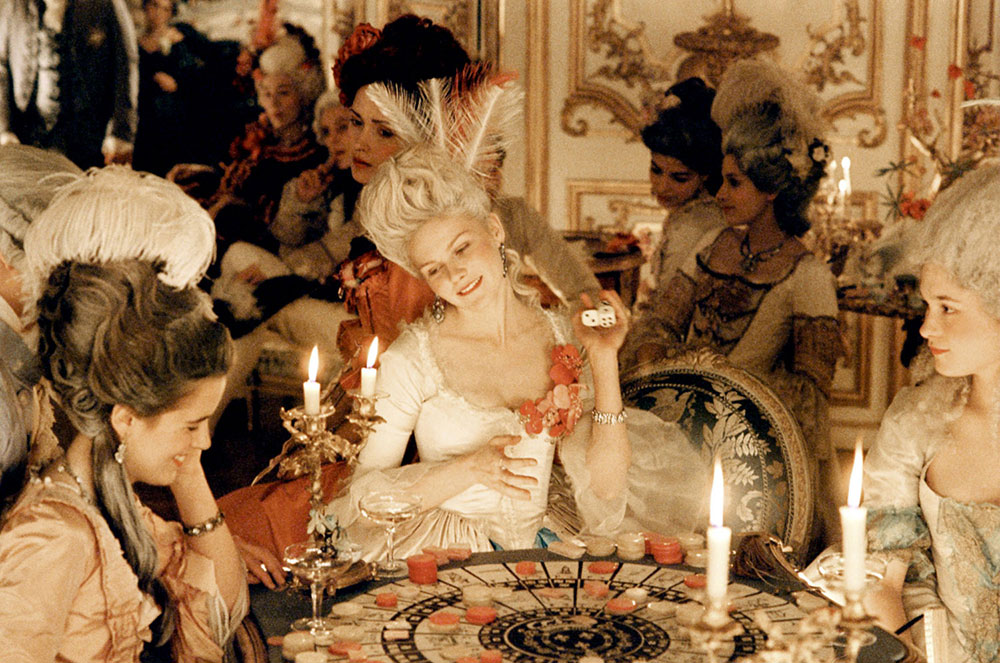 Milena Canonero was tasked with not only complimenting the meticulous, visual style of Sofia Coppola’s Marie Antoinette, but capturing the subtleties of the stylistic decadence of 18th century France. Note the watercolor-like pastels of the gowns, suits and fans, used to evoke and reflect the Rococo period. 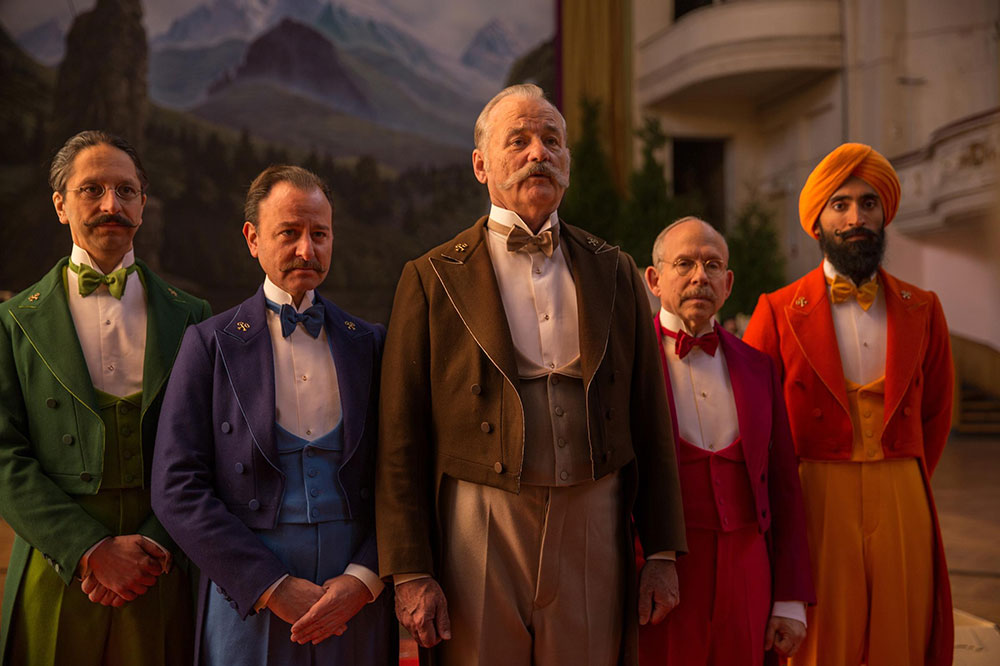 L.A. Times noted Canonero as a match for Wes Anderson’s vision in the charming The Grand Budapest Hotel, set in a candy-colored fictional Eastern European nation. To complement Anderson’s “creative and precise vision,” Canonero was encouraged to bring her own creative input, with a style and cut stemming from the 1930s period. However, it was important that the film’s era remain ambiguous, so Canonero created costumes with unpredictable color palettes. 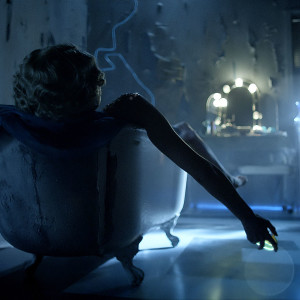 Although every film is ultimately created by a wide-ranging team of talented artists, many believe that it is the Cinematographer...