This year’s turnout was incredible. 9 movies all created, produced, and screened in 48 hours, and attended by hundreds of film fanatics.

Since 2002, Instant Films has been successfully producing short films (made from “script to screen”) in one weekend, and their most recent “Hot and Bothered” edition was no different. We were proud to host the Film Festival on our campus and be the home for all things Instant Films – from writing sessions to the final screening.

So what is Instant Films?

The premise behind this film festival is to challenge the creative minds of the film industry to put together a completed 7-to-9-minute movie in just under 48 hours. Still not impressed?

On Friday, nine writers randomly chose a noun, adjective, and number of actors to compose a script for, based on the theme—this edition’s being “Hot and Bothered.” The writers must complete their scripts within 12 hours, where then the directors randomly choose from the available scripts and pool of actors.

Saturday was dedicated to shooting the movie in its entirety, and after filming, it’s onto editing and post-production until the 8 PM screening and reception Sunday.

So which film was the best?

After the screening, the festival hosts an award ceremony and for the first time in event history, two works Mira and High Heat tied for the Best Picture distinction. The film Cyrus earned the Best Cinematography, Best Writing, and Best Editing award.

Don’t take our word for it….

Want to check out the films yourself? Visit the Instant Films website to see all 9.

Los Angeles Center Studios is a full-service studio for TV, film, and commercial production but also the host of other special events. Coming up, we’ve got: 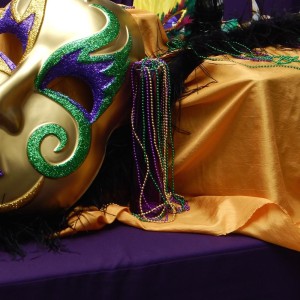 Our Tenant Luncheon is an annual event to show our appreciation to LACS tenants, and to give them a chance to meet each other...