As we gear up for the GRAMMYs, we wanted to share more about a lesser-known use for the locations, sound stages, and creative offices on our 20-acre production campus: ROCKING OUT! But seriously, if you didn’t know we host music productions for world-renowned artists and events, now you do. And what better way to get accustomed with our catalog than to listen along with a mini mix tape?!

Start your tour with a dance party. Beyoncé is nominated for 9 GRAMMYs this year and “Survivor” won in 2002 for Best Performance by a Duo or Group with Vocals. It’s time to slay, especially during Women’s History Month!

Maybe best known on April 30th when it’s time for the annual “It’s Gonna be May” memes, this song is a quintessential boy band bop that will be stuck in your head all day. You’re welcome.

While not filmed at LACS, we wanted to keep up the early 2000s vibes and also shout out a band that is definitely no stranger to the GRAMMYs, especially in the rock category. “Learn to Fly” won Best Short Form Music Video and was the lead single off Best Rock Album winner, There is Nothing Left to Lose. We’re honored to have hosted the Foo Fighters as musical guests for a launch event in 2008 (remember events?!).

2020 was…well, you know. Alicia Keys’ stripped-down music video for “Perfect Way to Die” serves as an emotional, yet optimistic time capsule for a truly unprecedented year, filming outdoors with a small masked and socially-distant crew and sharing the stories that inspired the largest protests in US history, we’re simply stunned by what Alicia and her team were able to accomplish on our campus. The possibilities to create, story tell, and move communities are what makes LACS such a special place.

5 Movies to Steam Up Your Screen This Valentine's Day 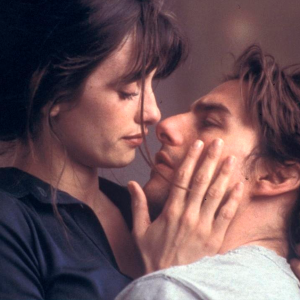 5 Movies to Steam Up Your Screen This Valentine's Day

Another holiday is here, and we're still mostly celebrating at home. Whether you're coupled up, singled out, or wishing...