Everything you love about Oktoberfests… AND it’s vegan!

Los Angeles Center Studios is proud to welcome the Vegan Oktoberfest to our campus for the first time. We’re also offering two complimentary tickets for Sunday to one lucky winner! Check out our post and follow us on Instagram @lacslife for more details on how to get the tickets. In the meantime, check out this interview with the founders of Vegan OktoberFest. They’ll prove there’s really no excuse not to attend.

Q: Tell us about the event. When and where is it?

This year, Vegan Oktoberfest is at Los Angeles Center Studios in downtown LA on Saturday, October 3rd and Sunday, October 4th. You can get your tickets here!

Q: Southern California is home to several Oktoberfests. Why should folks choose the Vegan Oktoberfest?

Because Vegan Oktoberfest has some amazing features that no other Oktoberfests share. Along with offering traditional elements like stein holding contests, Oompah music, beer maidens, and lederhosen lads, Vegan Oktoberfest offers unlimited beer for one great price. And of course, ours is the only Oktoberfest with an all vegan menu that will delight vegans and pleasantly surprise meat lovers. On Saturday, October 3rd and Sunday, October 4th, Los Angeles is in for a real treat!

Q: What inspired the creation of Vegan Oktoberfest?

There were two primary impulses behind Vegan Oktoberfest. First, we wanted to create the first event where vegans and vegetarians could experience a traditional Oktoberfest celebration. Second, we wanted to showcase great vegan food and show that vegans can have just as much fun as anyone else. Many people have stereotypes about vegans only eating kale or being too uptight. We wanted to shatter those stereotypes with one fantastic event!

Q: What surprises people the most when they attend the Vegan Oktoberfest?

Probably that there’s this many vegans, that the vegan sausage actually tastes as good as the real thing, and that damn, these vegans are an attractive group!

Well, even non-vegans can’t go wrong with unlimited beer! And you’ll get more of the traditional Oktoberfest than at any other Oktoberfest around. But if you’ve never been to a vegan event before, you should definitely come because you’ll try amazing food that you’ve likely never tried before, and see that vegans aren’t so different from anyone else. Vegan Oktoberfest is a traditional Oktoberfest that just happens to be cruelty-free. You’ll have a great time and the animals will thank you for it!

Q: Let’s say I’m not really a heavy beer drinker – why I should attend?

Three reasons. First, because Vegan Oktoberfest features exclusive dishes that can’t be found anywhere else. We’ve got the biggest all Vegan Oktoberfest menu in the world to satisfy anyone’s appetite. Second, for the entertainment. How many times a year can you put on your dirndl or lederhosen and chicken dance with hundreds of your closest friends. Third, because the event supports a good cause and any time you can combine a good cause and a good time, you should go for it!

Q: Vegan OktoberFest supports “Expand Animal Rights Now”. Can you tell us more about that?

Yes! Expand Animal Rights Now (EARN) is a non profit organization whose primary goal is to attack what is known as the “property status” of animals. EARN’s attorneys act as pro-bono or contingency based legal counsel representing individuals who wish to file lawsuits that will protect or expand the rights of animals. They also educate students about how to stand up for animals in classrooms, and raise awareness about the exploitation of animals through community outreach.

Q: Give us the scoop and be honest – how do those cauliflower wings taste?

Truth? They taste so good that you won’t believe they’re cauliflower! Get those tickets!

SPOTLIGHT ON: The Location Manager 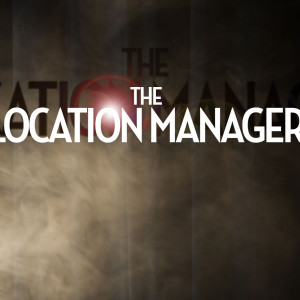 SPOTLIGHT ON: The Location Manager

So you always thought of yourself as a master negotiator, eh? Your parents saw you as a diplomat with the U.S. Department...