With the summer officially coming to a close, it’s time to head back inside, deflate the beach ball, drain the lemonade, and shutter the windows. Fall is here and a ton of new network television shows are premiering this week. Check out a few of our recommendations.

LACS alum NCIS: Los Angeles returns for its eleventh season this month. Chris O’Donnell and LL Cool J are back for more undercover adventures in this spin-off procedural. In last season’s finale, the team ended up preventing World War III, so there’s no telling what new crimes will be solved in the next twenty-four episodes.

SWAT‘s recent finale was shot right here at our studios. New episodes start in October. Now in its third season, the crime thriller series starring Shemar Moore and Stephanie Sigman is more action packed than ever before. The season opener is a story about a serial bomber who uses drones as detonation devices.

CBS’ latest drama series All Rise is set in our neighborhood. Created by Greg Spottiswood and starring Simone Missick, the show follows the personal and professional lives of judges, prosecutors, and public defenders in the downtown Los Angeles courthouse. They have already shot several scenes outside of our beautiful City Hall.

Also shooting in town, but not premiering until the new year, is the new Fox drama series Deputy. Starring Stephen Dorff and created by David Ayer and Will Beal, this procedural takes us inside one of the largest police forces in the world, the Los Angeles County Sheriff’s Department.

All the drama Los Angeles has to offer is well represented on the Fall network television lineup. Set your DVRs now so you don’t miss any premieres! 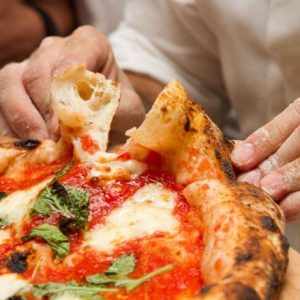 Calling all pizza lovers! LA Center Studios is proud to welcome the 2018 California Pizza Festival to our campus! Admission...