From the Winner’s Corner

We asked “Trichster” Director and winner of the 2015 LA Center Studios Young Filmmaker Competition, Jillian Corsie, if she’d like to say a few words about her experience with her film, the competition, and what it feels like to have taken home the top prize. She graciously obliged.

The screening for “Trichster” was a huge success, with catered food, cocktails, interviews, and a full showing of the film in the 400-seat Beaudry Theater.

A few words from Jillian…

A few weeks ago I screened my debut feature documentary, Trichster, at the Los Angeles Center Studios (LACS) having won their Young Filmmaker Competition. LACS invited filmmakers under the age of 30 to apply, and I certainly did not expect to win! I’ve been working on this film for over 3 years and it’s been an uphill battle from day one so to get recognition for the work I’ve put in is amazing. As the winner, I was invited to the LACS for a reception and to screen my film at their Beaudry Theater.

I had never been to LACS before but their studios are really awesome. I had no idea that tons of movies, commercials, and music videos that I love were shot there (ahem, Taylor Swift’s Bad Blood). To say that I was excited to screen there is an understatement.

Trichster is about trichotillomania, a body-focused repetitive behavior where people pull out their hair. Our documentary focuses on three artists and how their painting, photography and film can be therapeutic, helping them convey their frustration, embarrassment and desire to be understood. What started as a small side project continues to get bigger and bigger. Along with two of our documentary subjects, I was recently interviewed for ABC’s 20/20 to talk about the film, and Trichster sold out two screenings at the Soho International Film Festival where it had its world premiere. To win the LACS competition was icing on top of the already-tasty cake.

Over the year, our team of five first-time female filmmakers has built a loyal, passionate fan base that was excited to come out and finally see the film they’ve been following through years of production! LACS threw us a reception before the screening with appetizers, desserts and a cash bar, where I indulged in a little liquid courage.

The LACS Beaudry Theater is an amazing 400 seat theater where Tim Burton has screened rough cuts of his films. Watching my “baby” being played in front of so many people was nerve-wracking to say the least, but after the film was over people were keen to ask questions and I heard some really great things like:

“The fact that you were able to shine a light on something that few people know about and open so many eyes to the disorder…I don’t know how to thank you for that.” – Stefanie

My favorite part of the documentary was “all of it, from beginning to end.” – Emma

It was incredible to have such a good turnout and to be recognized for my work with Trichster both by the audience and by LACS. We’re still learning about distribution options and applying to festivals, and I can’t wait to see where we go next. Curious to see our film? Please fill out this form and tell us where you are!

I really look forward to seeing whom LACS chooses next year. I’ll definitely be in attendance at the screening. It’s important that we support our independent filmmakers who put in so many hours to make original work, and I think it’s awesome that Los Angeles Center Studios is doing that. 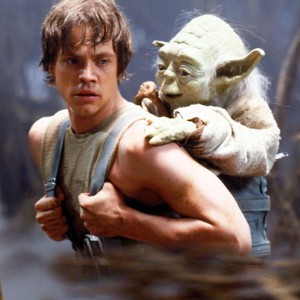 Once you know which job you want, and you’ve begun exerting tremendous mental energies on learning everything you can about...