Last month, we here at LACS gave you a week-by-week breakdown of film releases in April.  With May halfway through, we thought it wise to make sure our fellow cinefiles were up to date on their May releases!   With a variety of sequels, reboots and original material hitting theaters, this month figures to be an exciting start to the summer movie season.

Eugenio Derbez and Anna Faris star in this reboot of the 1987 original that starred Kurt Russell and Goldie Hawn, “Overboard” tells the story of a spoiled playboy yacht owner (Derbez) who gets amnesia after falling overboard.  His recently-fired employee (Faris) convinces him that they are married so she can get help with raising her three kids.  Derbez plays the role Hawn had as the spoiled yacht owner, with Farris in Russell’s spot as the more humble of the two.  Eva Longoria also stars.

Life of the Party

Just in time for Mother’s Day, Melissa McCarthy stars as a recently-divorced mother who decides to go to college with her daughter and get her degree.  As one can expect from any film with McCarthy in it, hilarity ensues.  McCarthy co-wrote “Life of the Party” with her husband, Ben Falcone, who is also directing.  Gillian Jacobs and Maya Rudolph also star in it.

After crushing box office expectations to the tune of a nearly $800 million gross, it is no surprise to see Ryan Reynolds back as Wade Wilson aka Deadpool.  In addition to starring, Reynolds also produced and co-wrote the film.  This time around, he faces a new villain in Cable, played by Josh Brolin, a time travelling cybernetic mutant soldier.  Helping him along the way will be Domino, played by Zazie Beets, who possesses the mutant ability to manipulate luck.

Elle Fanning stars as the eponymous Mary Shelley, the famed writer and creator of the legendary Frankenstein story.  After being challenged by a writer friend to come up with the best ghost story possible, Shelley crafts a tale that many could not believe an 18 year-old girl was capable of at the time.  “Shelley” also focuses on the relationship Shelley had with Percy Bysshe Shelley (Douglas Booth), an inspiration for the character.  The film premiered at the Toronto International Film Festival last fall, and is being distributed by IFC Films.  Maisie Williams and Stephen Dillane also star.

Alden Ehrenreich stars as a young version of Han Solo in Star Wars’ second anthology film of the franchise (the first being “Rogue One”).  In “Solo”, Han and his old pal Chewbacca embark on adventures that give insight into what Han Solo was like leading up to Harrison Ford’s role in the original film.  Donald Glover stars as a young Lando Calrissian, with Emilia Clarke, Woody Harrelson and Thandie Newton also starring.  Originally to be directed by Phil Lord and Christopher Miller, Ron Howard steps into their shoes to direct this intergalactic adventure film, kicking off the summer movie season in style. 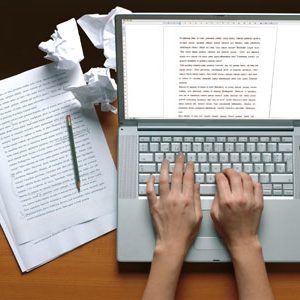 The art of writing a script, whether it be a feature, spec, pilot, etc., is incredibly tricky to succeed at, but can also...