Summer has officially begun and the weather isn’t the only thing that’s heating up! Movie-goers are flocking to theaters to escape the high temperatures and revel in the (hopefully) crowd-pleasing films that define the summer season. Which of the following do you think will become this season’s Summer Blockbuster?

(NOTE:: we’ve excluded Jurassic World: Fallen Kingdom because that would make the game too easy)

Purge fans rejoice! The prequel to The Purge series is finally here. In order to push the crime rate below one percent each year, the New Founding Fathers of America test out a theory that allows any crime to be committed for a 12-hour period with no legal consequences.

Ant-Man and the Wasp

Paul Rudd takes on the role of Ant-Man again, this time fighting crime with a partner in this post Infinity War Marvel sequel.

Dwayne Johnson plays a building inspector framed for a crime he did not commit. He must clear his name and rescue his family in this thrilling, action-packed adventure.

Return to the Greek Island of Kalokairi and experience the emotion as Donna’s life is played out in the past and present and her romantic history is finally uncovered.

Tom Cruise returns as Agent Ethan Hunt in the next installment of the Mission: Impossible franchise as he races against time after a mission gone wrong.

The Spy Who Dumped Me

Laugh out loud at this action-packed comedy starring Mila Kunis and Kate McKinnon as they team up to figure out why one of their exes suddenly appears with assassins on his trail.

This light and fun movie is sure to tug on the heartstrings as it follows several Los Angeles dog owners whose lives begin to collide in unexpected ways.

Mark Wahlberg stars as an intelligence operative who collects and transports a valuable asset out of the country in this thrilling and exciting film.

James Franco and Zoe Kravitz star in this sci-fi action film about a pair of brothers who are forced to go on the run when a vengeful criminal threatens their safety. 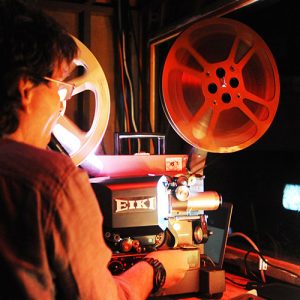 Last month, we here at LACS gave you a week-by-week breakdown of film releases in April.  With May halfway through, we thought...