As the headlines and guidelines strongly encourage us to stay inside during this worldwide health emergency, we can still escape into the entertainment landscape from the comforts of our own home. You know all those under ten dollar recurring monthly charges on your credit card statement that are siphoning your funds as discreetly as possible that you blindly accept? Those are actually streaming services offering up new content weekly in the hopes that they will get even a little slice of your attention. Here’s some new picks on Netflix, Amazon Prime, Hulu, and AppleTV+.

Netflix’s latest big budget original film is Extraction. Thor himself Chris Hemsworth reunites with the Russo brothers who produced and wrote this action thriller about a mercenary who has to rescue the kidnapped son of an international crime lord. Coming up on the TV side of things, Netflix has two shows both shot right here in Los Angeles. Ryan Murphy’s new limited series Hollywood set in post World War II Tinseltown and Space Force, a new Steve Carell fronted workplace comedy about establishing the latest branch of the Armed Forces.

On Amazon Prime, Seberg makes its streaming debut. Inspired by true events about the French New Wave darling and Breathless star, Jean Seberg (Kristen Stewart), who in the late 1960s is targeted by the FBI because of her support of the civil rights movement and romantic involvement with an associate of Malcom X. In TV, they have their new original sci-fi comedy series Upload, created by Greg Daniels and set in a technologically advanced future where humans can choose to be “uploaded” into a virtual afterlife when they find themselves near-death.

One of Hulu’s latest episodic entries is Solar Opposites, an animated comedy series created by Justin Roiland and Mike McMahan about a family of aliens who find themselves holed up in middle America.

And AppleTV + latest series is Defending Jacob which tells the story of a family dealing with the accusation that their 14-year-old son may be a murderer starring Chris Evans, Michelle Dockery, and Jaeden Martell.

And there’s still Disney +, HBO Max, Quibi, and soon NBCUniversal’s Peacock. New platforms, new content daily, weekly, and monthly. With so much to choose from, what are you watching and what are you looking forward to? 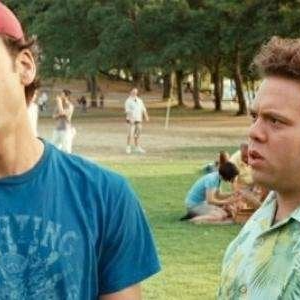 This year, St. Patricks Day is going to be a little different. You can still wear your favorite green outfit and alleviate...