This year, St. Patricks Day is going to be a little different. You can still wear your favorite green outfit and alleviate any fears of getting pinched. Maybe you can make a green pastry and grab a Guinness from your fridge. But for your celebration to honor Ireland’s plentiful culture we recommend staying in and watching some of your favorite St. Patrick’s Day movies.

Leap Year Amy Adams and Matthew Goode star in this Ireland set romantic comedy road trip movie. It’s centered around a woman who asks her boyfriend to marry her on Leap Day, where tradition has it that men cannot turn down a proposal on this special day. Needless to say hilarity ensues and heartstrings are gently pulled.

Leprechaun In this 1993 horror classic a vengeful leprechaun hunts a family who he believes stole his beloved pot of gold. It’s also notable for being the film debut of Jennifer Aniston. Horror buffs may want to re-route their St. Patricks Day movie marathon and go straight into the (lucky) seven sequels.

Once Let the beautiful story of two struggling musicians in Dublin be the soundtrack to your St. Patrick’s Day and these anxious and uncertain times. The song “Falling Slowly” won the 2008 Academy Award for Best Original Song.

Boondock Saints The inciting incident of this cult classic action thriller is set on St. Patricks Day as a pre- The Walking Dead Norman Reedus plays one half of twin brothers who set out to rid Boston of all crime and evil. If this is your holiday speed, there’s also a sequel and a fascinating documentary to complete your day.

The Secret of Kells This animated French, Belgium, and Irish film set in 9th century Ireland during the Viking expansion draws on Celtic mythology and is pure visual fun for the whole family.

Just My Luck – Want to know what Chris Pine was up to before he was simultaneously co-starring in Star Trek and Wonder Woman franchises?  He played a guy with the worst bad luck in Manhattan who kisses the luckiest girl in the city (Lindsey Lohan) and takes her luck. That’s right, Lohan has more than one switcheroo in her filmography.

Which movie will you be watching this St. Patrick’s Day? 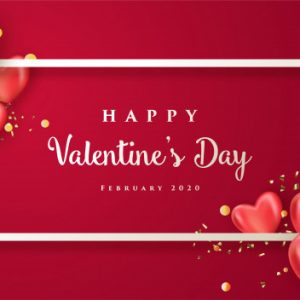