The Rise of the Über Short Film Festival.

Social media is changing the game of entertainment, and younger and younger generations are unintentionally plowing their way into the industry by shooting on their iPhones and GoPros, so why not give it a try?

Here’s a list of 5 non-traditional, super short-film contests ordered from super short film, to slightly longer super short film along with the success garnered by some of the winners. So, whether you’ve got some footage lying around, or you want to start something entirely new, here are a few places to show off your talents and maybe even be the next internet sensation.

Last year Tribeca’s #6secondfilm contest powered by the popular Vine app turned out to be a huge success, so they’re back for more! If you’ve ever used Vine, you know how easy it is to use. You just pick your genre (#comedy #animation etc.) shoot your 6-second Vine and upload it using #6secondfilm. Don’t get too confident yet, people are getting seriously creative with their videos. Judges include James Curleigh (President of Levis) and Vine expert Jerome Jarre, whose Vine fame (5 million followers) scored him a spot contributing to the Ellen Degeneres show. You can check out what past entries have looked like and see all the rules here: 6-Second Film Contest

If you love art cinema, you’ll love the Art By Chance Ultra Short Film Festival. Art by chance has a few more rules than the 6-second contest. Your 30-second silent video has to fit into the theme “Discover”, but the winner will have their film displayed in urban airports, shopping malls, universities, galleries in 20 countries and 200 cities AND a free one way flight anywhere in the world. The winner will also be displayed in film festivals and summer festivals noted as the 2014 selection. Jury includes Ryan Harrington, (VP of Artistic programs at the Tribeca Film institute), Dick Cook (executive producer for Jackie Robinson film “42”) and plenty of others. You can find all of the rules and regulations as well as formatting requirements here: Ultra Short Film Festival

The ever-popular Doritos commercial contest is back at it again, granted it requires a little more work than some of the others listed. You have to sell some Doritos in a family friendly way in the hopes of being aired during Super Bowl XLIX. The winner also receives an unnamed “Dream job” with Universal Pictures AND $1,000,000 (that’s a million by the way). Doritos does provide a “toolkit” which has some Dorito logos and snippets to steal, as well as a variety of stock music to get you started. You’ll definitely need some general film knowledge, but overall it’s a fun contest with entries from the super amateur to the film school star. Last year’s winner, Ryan Thomas Andersen, used the prize money to help him launch his career as a film and commercial director under his own production company, Andersen Crine Productions. Rules, regulations, toolkits, and other entries can be found here: Crash the Super Bowl

With the tagline “You don’t have to be a pro, you just have to have fun” why wouldn’t you want to enter? Anything goes, there are films of time lapse, animation, home videos, nonsense, literally anything (but also family friendly). It’s super easy to enter, you just submit online and BAM it’s done! This one’s really just for fun, you don’t win anything but 45 films get screened and if you already have some footage around, why not make use out of it? Here’s some FAQs and the website: 60 Second Film Festival

So you may have heard about the 48-hour film festival, and it lands last on the list, because your short film can be as long as your have the ability to make it. There are a lot of rules and regulations for this one, but the concept is a lot of fun. You’re teamed up, given a character, a prop, a line of dialogue, and a genre that must be used. Prizes range from trophies, to $5,000, and 10 films will be screened at Cannes in their short film corner. It does cost $125 to enter, and the rules vary in different cities and different branches of the competition. However, 48-hour film garners a lot of attention, one of the actors (Austin Lyon) from the winning film in 2012 went on to earn himself a part in Divergent and Pitch Perfect 2. You can find all of the details here: 48 Hour Film Project

The Über short film genre is on the rise in the festival stream, not only because it’s seriously challenging to tell a story in such a small frame, but also because it allows us (the actual consumers of media) to have easier, more immediate access to film. These fun sized contests (and their particpants) are definitely on the rise, and seeing as the internet is panning out to be the main way we consume all media, it’s probably a good idea involved before it’s too hot to touch. 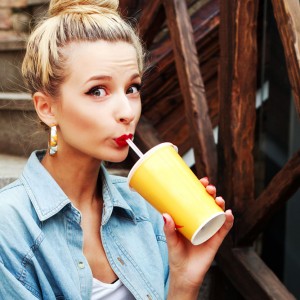 In general, over the past 50 years our society has steadily weighed more and more because of the greater availability of manufactured...