SPOTLIGHT ON: The Gaffer

So you like to play with electricity, huh? Well, grab yourself a gaff (a lighting pole), and lend an ear! If you’re an everyday electrician, but you’ve always wanted to enjoy the excitement of the film industry along with putting a creative electrical and lighting plan into action, then getting yourself hired as part of a film’s lighting crew should be on your list of goals.

What Exactly Is A Gaffer?

Once hired, you’ll be part of the cinematographer’s lighting department. Your team captain is known as a Gaffer, and that’s the role you eventually want to play. (You can be a bit more modern, and just call yourself the chief lighting technician if you like, but traditions reign hard in Hollywood.) Before getting to the top, however, you should take the following advice to heart.

“From Tim Beiber: ‘Show up early, don’t sit down, and act like you give a shit.’ It’s easy to remember and has far-reaching implications.” – Jim Denault, ASC

You won’t get to the top without an extremely strong work ethic. The job can be very stressful (as many jobs on a film set can be), and you are likely to put in 12-18 hour days, but it can also pay quite well, and can fulfill the need for a perfect balance between technical skill and creativity.

Once at the “top,” you’ll be working closely with the film’s director of photography (DOP) or cinematographer, and it will be your responsibility to carry out his or her lighting plan.

The Gaffer takes charge of the entire lighting and electrical crew. During a production you’ll run cables, set up lights, and you will likely pre-light scenes that are coming up in advance. It may be your responsibility (especially on smaller sets) to handle all issues concerning electrical safety. In many cases, you may catch problems with lighting before the cinematographer does. These issues can include hot spots, dark shadows, and more.

And How Am I Going to Become a Gaffer Again?

As a newbie electrician with aspirations of ruling a film’s lighting crew, how do you get to where you want to be? First thing’s first: Know your electricity. That’s a given. But then, you need to step up your game. Go and buy yourself a copy of “The Set Lighting Technicians Handbook.”

“Legendary gaffer George ‘Popeye’ Dahlquist used to tell his lamp operators, ‘Boys, if you’re not 10 minutes early, you’re 10 minutes late.’ Readiness is a big part of what we do.” – Thomas Ackerman

Unlike some other crew positions, gaffers and electricians are in relatively high demand. Every film crew has need of the unique skills these technicians bring to the set. Therefore, once you’ve thoroughly read and digested the contents of your new Bible, you need to start making contacts. Meet as many people as you can and from as many different film departments as you can. You never know when one of these contacts might put you in touch with the right person who can hire you.

With that said, it’s relatively easy to find experience on all types of films at all budget levels. One site to check out is Mandy.com. You can search for below-the-line film jobs based on location or job title. You’ll also be able to see whether the position being offered is unpaid, low pay, or paid. Good luck. 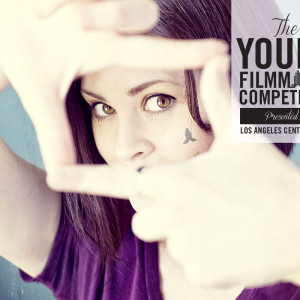 For all of you up-and-coming filmmakers who are young, hungry, and oh-so-crazy-talented in this rough and tumble two bit tinseltown,...