The verdict is in: Downtown Los Angeles is home to Five out of the Top Ten Most Popular On-Location filming sites in the LA area of 2014 according to a Los Angeles Times review of data supplied by Film L.A. Inc. We’ve featured some of the spaces you might not be too familiar with.

Designed by noted barrier-breaking female architect, Julia Morgan, the Herald Examiner Building opened its doors in 1915 and represents a beautiful blend of Mission and Spanish Colonial Revival styles. Originally the home of William Randolph Hearst’s sixth newspaper, the building has become a near full-time filming location after stopping the presses in 1989. With everything from a grand lobby to tunnels, the building is easily a go-to site for on-location filming!

Who ya gonna call? We can’t help but love the Millennium Biltmore Hotel. Home to scenes from Ghostbusters, The West Wing, and countless other films, television shows, and music videos, the Millennium Biltmore Hotel, originally known as the Los Angeles Biltmore Hotel, is one of the most recognizable on-location shoots! First opened in 1923 and designed by the architectural firm of Schultz & Weaver, the hotel is located adjacent to Pershing Square and is a fully operating luxury hotel. A sublime mix of Renaissance Revival, Mediterranean Revival, and Beaux Arts style, the Millennium Biltmore’s impressive facade hides grand ballrooms, a majestic lobby, and a stately galleria that’s been seen on screens throughout the world.

A retired movie palace after finally shuttering its doors in 1994, the Los Angeles Theatre opened its doors in 1931 in order to premiere Charlie Chaplin’s film City Lights. (Not coincidentally, Chaplin helped fund the completion of the theatre in order to screen his film!) At home in the Broadway Theater District of historic Downtown Los Angeles, it’s one of 12 movie palaces within a six-block stretch of Broadway. The theatre’s exterior is imposing as large columns harken back to bygone eras, but the inside of the Los Angeles Theatre had its roots in a clear French Baroque stylings. Allegedly inspired by the Hall of Mirrors in Versailles, its interior features grand staircases, the full theatre, and a ballroom. Seen in shows from Mad Men to Agent Carter, the Los Angeles Theatre is finding new use one of Los Angeles premiere film locations.

Mentioned in a previous post, we’re pretty proud that we called this one! Built in 1932, the iconic Sixth Street Viaduct connects the burgeoning Arts District in Historic DTLA with Boyle Heights. Spanning two freeways, the 101 and the 5, the viaduct bridge crosses over the concrete jungle of the Los Angeles River. Possibly one of the most iconic representations of LA (outside of the Hollywood Sign), the Sixth Street Viaduct has been seen in films (Drive, To Live and Die in L.A., Grease, Gone in 60 Seconds), television, music videos, and even video games.

Massage Therapy At Work: Pamper Yourself On Your Own Schedule.

SPOTLIGHT ON: The Line Producer 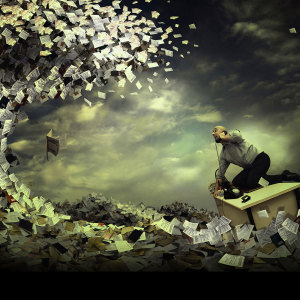 Massage Therapy At Work: Pamper Yourself On Your Own Schedule.

Sometimes it pays to get away from it all, but what happens when stepping away from your project for a weekend or a day trip...