The ACLU brought attention to gender inequality in film when it called out the industry for its lack of female directors. It’s asking federal and California civil rights agencies to investigate a “systemic failure” to put women at the helm. In this two part series, we’re exploring what this failure looks like.

History, Layers, and a Systemic Failure

Behind this failure are layers of history, struggles, and assumptions (along with some victories) that extend well beyond the film industry. As such, gender inequality in film has widespread repercussions. As the Writers Guild of America (West) summarized at its recent Diversity Panel:

Unconscious biases are the attitudes we develop from childhood (for example: boys are better at science and math, girls excel at English and humanities. Sound familiar?), and are ingrained in our belief systems as adults. They manifest in the choices we make in our daily lives. . . They can influence behaviors in the writers room, hiring choices by executives and programming decisions at the highest levels.

Denying women anything remotely approximating equal creative input affects the stories that get told. The statistics gathered by the New York Film Academy on gender inequality in films shows this to be true: When women’s scripts do get made, there’s an 8.7% increase in female characters on the screen. When women are directing, it’s a 10.6% increase. Those are big jumps when the average percentage of speaking female characters is only 30.8%.

Social media had already picked up on what the ACLU has just called out: From the get-go of the recently launched Sh*t People Say to Women Directors, the tumblr page’s administrators couldn’t keep up with the content coming in.

Successful women in film and television, including Amy Poehler and Jennifer Garner, have experienced the rampant hurdles that impact most women in the industry and have been outspoken regarding their experiences.

Would it be improbable—or outright illogical—that someone would ever think it about man working in show biz? Then don’t think it of a woman. (It’s also an excellent “rule of thumb” that extends beyond show biz.)

I lost many jobs because producers would tell my agent, “We had a woman director once. It didn’t work out. No more women directors.” Just substitute “man” where “woman” is to really see the absurdity of this comment.

Amy Poehler recently noted that whenever she meets with high-power male execs, they ask her where her kids are. She rightfully doubts that men sitting in the same visitor’s chair get asked that.

When Jennifer Garner and her movie-star husband, Ben Affleck, went through the very same press junket on the very same day, Garner realized that every interviewer asked her how she balances her work and home life—but that not a single one of those same interviewers asked her husband such questions. If you’re going to ask that question, make it equally relevant whether you’re female or male, a wife or husband, a mother or father.

Poehler’s and Garner’s observations touch upon a major category of assumptions and biases that perceive women as only caregivers. This is a powerful mechanism for keeping women out of the director’s chair, and maintaining pervasive gender inequality in film.

A study conducted by the Female Filmmaker’s Initiative (spearheaded by Sundance Institute and Women in Film) found that 25% of movie buyers and sellers surveyed attributed gender inequality in film to a lack of ambition on the part of women to direct larger budget, action, or blockbuster films.

“Systemic failure” is sounding closer to the truth. 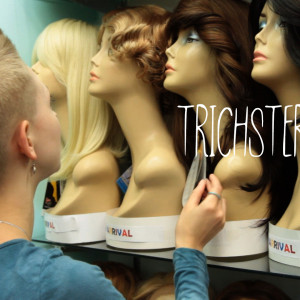 After sifting through the amazing submissions from dozens of talented, young filmmakers, The LA Center Studios Young Filmmaker...