Your Essential Guide to April Releases

April is an interesting month in Hollywood, as it is just after award season dies down and just before the summer movie season kicks off. Still, this April brings a variety of genres and stars to the silver screen. Let’s take a look at the most-talked about films this April, going week-by-week.

Real-life spouses John Krasinski and Emily Blunt star in this horror film about staying silent to avoid terrifying creatures who hunt based off of sound. Blunt and Krasinski—who also co-wrote and directed the film—play a married couple that live in the countryside in a near-futuristic world where humans are hunted and survival is not guaranteed. As the title would suggest, the film features minimal dialogue, creating a tense dynamic that heightens the suspense. The film premiered at South By Southwest, earning rave reviews, and currently has a near-perfect score on Rotten Tomatoes.  This past weekend it led the box office by grossing $50 million over the weekend.

After learning of their daughters’ pact to lose their virginity on prom night, three parents plot a way to “block” them from accomplishing just that. Starring Leslie Mann, wrestling star John Cena, and Ike Barinholtz as disgruntled parents, this comedy also premiered at South By Southwest to strong reviews. “Blockers” was on the black list for some time (under a different title) before being produced by Seth Rogen’s Point Grey Pictures and distributed by Universal Studios.  Like “A Quiet Place”, “Blockers” had a very successful opening weekend, grossing $21 million when it opened.

Dwayne “The Rock” Johnson is back in this sci-fi film based off of the video game of the same name, set to be released by New Line Cinema. When a rogue genetic experiment goes awry, anti-poaching primatologist David Okoye (Johnson) loses his closest companion, a silverback gorilla named George. George, along with several other animals, grows to a monstrous size and seeks destruction. The film will also star Naomie Harris (“Moonlight”) and Joe Manganiello (“Magic Mike”).

Arguably the most highly-anticipated film of 2018, “Avengers: Infinity War” brings together many of the characters that have come to popularize the Marvel Cinematic Universe in the past decade. In addition to the heroes from the original “Avengers” films, characters from “Guardians of the Galaxy”, “Doctor Strange”, “Spider-man: Homecoming” and the 2018 hit “Black Panther” will be joining the likes of Iron Man, Thor and Captain America. Early box-office projections predict “Infinity War” to gross over $200 million on it’s opening weekend alone. Having already taken the internet by storm with the popular “crossover” meme, the hype could not be greater for the newest entry into the Marvel Cinematic Universe. 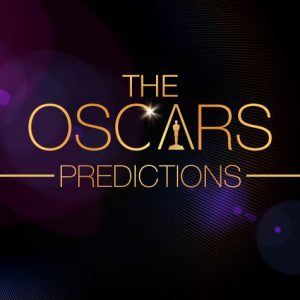 The dust has barely settled on the 2018 Oscars, with The Shape of Water coming away as the “Best Picture” in a very...