The dust has barely settled on the 2018 Oscars, with The Shape of Water coming away as the
“Best Picture” in a very competitive field. While just one week removed from the Jimmy
Kimmel-hosted program, it is never too soon to start considering what films will be generating
buzz and bringing home hardware come the 2019 Oscars. Here are seven films that feature
prominent actors and accomplished directors that could be the next Shape of Water.

first man on the moon. Ryan Gosling reunites with Chazelle as Armstrong, telling the decade-
long story of NASA’s efforts to win the space race and get Armstrong to do the previously

impossible: walk on the moon. Written by The Post scribe Josh Singer and Guardians of the
Galaxy co-writer Nicole Perlman, First Man has high hopes and heavy expectations already.
Widows
Directed by: Steve McQueen
Starring: Viola Davis, Elizabeth Debicki, Daniel Kaluuya
Adapted from the 1980s TV show of the same name, Widows is the story of heist attempt gone
wrong, leaving four robbers dead and their widows to finish the job. With a deep and talented
cast that also includes Michelle Rodriguez, Liam Neeson, and Robert Duvall, Widows is already
one of the most hyped up films of 2018. Five years after his film 12 Years A Slave took home
“Best Picture”, director Steve McQueen writes (along with Gone Girl author Gillian Flynn) and
directs what should be a thrilling, female-driven heist movie.
Beautiful Boy
Directed by: Felix Van Groeningen
Starring: Timotheé Chalamet, Steve Carrell, Maura Tierney
Adapted from the best-selling memoir of the same name by David Scheff, Beautiful Boy stars
Steve Carrell as Scheff, the father of meth addict Nic Scheff. Breakthrough young actor
Timotheé Chalamet plays Nic in a highly anticipated follow-up to his roles in “Best Picture”
nominated films Call me by your Name and Ladybird. Distributed by Amazon Studios, which has
had a recent string of success distributing Oscar-nominated films such as Manchester By the Sea
and The Big Sick, Beautiful Boy has lots of potential to be a part of the Oscars fun next year.
Backseat

Directed by: Adam McKay
Starring: Christian Bale, Amy Adams, Sam Rockwell
Christian Bale shaved his head and gained weight to play former U.S. Vice President Dick
Cheney in this biographical drama about the man behind some of America’s most controversial
decisions at the start of the 21st Century. Bale teams up once more with director Adam McKay,
who most recently worked together on another film of America in the 2000s, The Big Short.
Newly minted Oscar winner Sam Rockwell plays George W. Bush, with five-time Oscar nominee
Amy Adams set to play Dick’s wife, Lynne.

The Irishman
Directed by: Martin Scorsese
Starring: Robert De Niro, Al Pacino, Jesse Plemons
The Irishman recounts the true story of Frank “The Irishman” Sheeran—played by Robert De
niro—and his possible involvement with the mysterious disappearance and death of American
union leader Jimmy Hoffa—played by Al Pacino. The film is also set to feature Scorsese
favorites Joe Pesci and Harvey Keitel. Distributed by Netflix and with a budget in excess of $100
million, The Irishman could be a game changer for the streaming giant if it can build up some
steam with this Martin Scorsese helmed project. In an intriguing decision, De Niro will play
Sheeran in flashbacks that will show him as young as 30. How the aging De Niro looks as a
young adult may be the most fascinating aspect of what should be a big movie for Netflix.

Black Panther
Directed by: Ryan Coogler
Starring: Chadwick Boseman, Lupita Nyong’o, Michael B. Jordan
A bona fide cultural phenomenon, Black Panther has tapped into the cultural zeitgeist in 2018
and is taking the box office by storm. More than that, it features a stellar cast, received rave
reviews and offers a fresh new installment into the Marvel Cinematic Universe. Typically, Oscar
contenders are released in the Fall and Winter, but after the success of Get Out, another
cultural phenomenon released in February, that is proving to not always be true. Here’s hoping
Black Panther can continue to buck that trend.
If Beale Street Could Talk
Directed by: Barry Jenkins
Starring: Kiki Layne, Stephan James, Regina King
No stranger to the Oscars, Moonlight writer/director Barry Jenkins is back with an adaptation of
James Baldwin’s 1974 novel of the same name. Starring newcomer Kiki Layne, Beale Street is
about engaged couple Tish (played by Layne) and Fonny (played by Stephan James) and their

struggle to prove Fonny’s innocence after being arrested for a crime he did not commit. Set in
1970s Harlem, the film also stars Dave Franco, Pedro Pascal and Diego Luna.

Your Essential Guide to April Releases 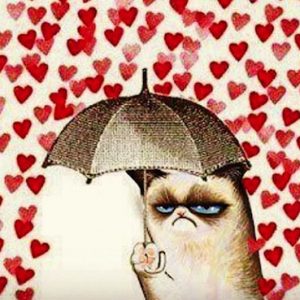 We’ve compiled a slew of timeless flicks for you and that special someone to “ooh” and “ah” and “ugh” over....