Bright – ranking in as one of Netflix’s biggest budget claimer ($90 million) instantly became an internet sensation; coming in as the streaming platform’s #1 movie in every country.

Following the success of the premier, the official green-light from Netflix has been announced and a sequel has been set into motion. David Ayer will write and direct the sequel with both Bright stars, Smith and Edgerton returning and Eric Newman and Bryan Unkeless as the sequel’s producers.

In a world of alternate modern times, humans, orcs, fairies, elves, and other mythical creatures have been coexisting in a rather chaotic world where more specially, Ward, an LAPD officer (Smith) and his counterpart Jakoby, an orc police officer (Edgerton) partner up in the original thriller/drama.

Together, the pair embark on what seems to be a routine patrol which quickly takes a rather thrilling turn; escalating into a whirlwind of events which alter the future of their world as they know it

Makeup artistry plays a major role in bringing these unique, fairy tale-esque characters to life and it just so happens to be the team over at studioADI who did just that. The Academy Award-winning character effects studio’s ability to master both flawless and meticulous attention to detail in creating the film’s mythical creatures is what gained the Netflix original a spot on the 2018 Oscars Best Makeup and Hairstyling shortlist.

Trying to be a master yourself? Here’s a first step: 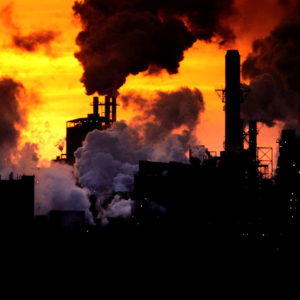 “Future generations may well have occasion to ask themselves, ‘What were our parents thinking? Why didn't they wake up when...