“Future generations may well have occasion to ask themselves, ‘What were our parents thinking? Why didn’t they wake up when they had a chance?’ We have to hear that question from them, now.”

Nothing brings out the ”Change-Maker“ in us more than Earth Day. In fact, Earth Day, which began as a grassroots movement in the early 1970’s, has itself been responsible for incredible environmental change for the better. From generating public support for the creation of the Environmental Protection Agency to helping pass numerous green laws including the Clean Air Act, the Water Quality Improvement Act, and the Endangered Species Act, Earth Day has – and continues to – inspire us all to change the way we think about our planet and our environment.

Over the past century of film, documentaries have tackled thousands of topics, each hoping to educate minds, inspire action, aid a cause, or to just be more aware of its subject. Since the birth of Earth Day (and some long before), and thanks in large part to Al Gore’s groundbreaking, An Inconvenient Truth, many documentaries have inspired us to go further in our green endeavors. With their raw format and dedication to deliver the truth, documentaries focused on our environment have proven to be an incredibly powerful tool for hard-hitting messages and for inspiring others to take action on causes that matter the most to them.

Spearheaded and empowered by An Inconvenient Truth, some of Hollywood’s most celebrated, inspirational, and motivational documentaries have included The Cove, Food Inc., Darwin’s Nightmare, and the breathtaking Academy Award-winning Chasing Ice. We’ve chosen to feature a handful of documentaries that represent some of the sustainability issues LA Center Studios feels most strongly about. We hope that they, along with others, will inspire you to become a “Change Maker” in whatever way that motivates you most.

With over 2 billion tons of waste directly going to landfills each year, and posing health hazards or harm to anything that may come across it, one of our sustainability efforts is focused on lowering waste through recycling and composting. With our efforts, we were able to recycle an average of 64% of our total waste in 2014. We continue to increase this percentage by reducing paper use through e-documents and e-memos, using compostable and recyclable to-go products at Flix Café, offering seperate recycling bins in each suite, distributing unused reams of paper to common areas for others to use, and opting for hand driers over paper towels in the restrooms. Take a look at these documentaries to see the effects of trash on the environment, and what practices you can implement to reduce the waste you put in the garbage.

Narrated by Jeremy Irons, this documentary exposes the harmful effects of landfills in our ecosystem through improper disposal of non-biodegradable materials. Despite being widely known to cause health-threatening bacteria and pollution of other natural resources, landfills around the world still continue to grow. The film reviews what it takes to break down garbage in a landfill, and what can happen to it when not properly disposed. It will definitely make you think twice about what you throw away. Available online and on Netflix.

This documentary focuses on the efforts of the city of San Francisco and their progressive mayor, Ed Lee, to have all waste recycled or composted by 2020. This documentary reminds us that when we change our outlook, we can make a world of difference. “The simple substitution of the word RESOURCE for the word GARBAGE can transform culture, produce a wealth of new industries, and help reduce greenhouse gas emissions.” Take a look at what the City by the Bay is already doing to reduce their garbage, and how you can do the same for your home. Available on Amazon.

As the most abundant element on the planet, it is also the resource most easily taken advantage of without consideration for the repercussions. Not to mention, it is a resource that all living things need to survive: after all, without it, all living things can face death. We’re doing what we can on our campus to help preserve such a valuable resource by using waterless urinals and low flow faucets in our restrooms. We have also revamped our landscaping to use 50% less water on maintenance. After seeing these documentaries, we hope that it makes you consider your water usage and better care for this overlooked resource.

“Last Call at the Oasis”

Bringing into the forefront the global water crisis, Last Call at the Oasis delves into the issue of water depletion “not if, but when” it happens. It brings about a sense of urgency, that this issue needs to be addressed now and addressed at the root–human consumption. Experts like Erin Brockovich, environmental activist, and Robert Glennon, author and thought leader on water conservation policy, show the audience what can be done now to save this precious resource before it’s too late. Available on Amazon, Youtube, and Netflix.

Thought water was the only thing packed in a water bottle? Have you considered what it takes to get that water fresh from the spring, to a plant for packaging, to the convenient shelves of your grocery store? The water bottle industry is an $11.5 billion a year industry in 2007, and nothing has stopped them. When this natural element is used for capitalization, it can cause a fight between those who can afford it and those that need it, when we all need to benefit from it. Available on Netflix.

So much of what we do today runs on gas and electricity: cars, stoves, dryers–you name it. But extracting natural gas is proving to be more work and more causing more damage than what it’s worth, not to mention, the source is finite. That’s why finding renewable, alternative sources of energy is an attractive option. Here at LACS, we lower our electricity dependence by turning off escalators, changing the lights to LEDs and by having our chillers upgraded to efficiently cool the building.

Fracking is the process of injecting liquid at high pressure into subterranean rocks, boreholes, etc., so as to force open existing fissures and extract oil or gas. Looking for independence from foreign oil producers drove the U.S. to find domestic solutions for our needs, but it has left parts of our nation destroyed. Fractured Earth looks at small Pennsylvanian towns that have experienced fracking in their community, and how they’ve undergone corporate intimidation and pollution to resources because of it. Available free online.

“The Breakthrough in Renewable Energy”

The race to find renewable, cheaper, commercial energy is within our reach. What once cost as much as a mortgage due to its novelty is now easily integratable due to long-term research and development. Solar and wind power is now becoming the norm, and this film shows you how people are adopting it globally. Available free online.

Automobiles have come a long way since the Model-T. In our times, we’re fortunate to have at our disposal fuel efficient, high performing, and long-lasting vehicles that gets us to where we want, and treats Mother Earth kindly. The most recent and most popular item in the automobile market is the electric car, with the Prius, Volt, and Tesla having revolutionized the way we get around. We at LACS want to promote their Earth-friendly features by offering convenient charging ports and using the fryer oil at Flix Café as fuel. The documentaries below will make you want to zoom into an electric car yourself, and keep you aware of what a regular car can do to the environment.

“Who Killed the Electric Car”

Filmmaker Chris Paine really wants you to drive an electric car. Although it has gained more popularity in this day and age, the initial rollout of these “new” cars were actually disastrous. When considering the effects of regular cars to the environment, such as its contribution to global warming and its carbon dioxide emissions, it’s no secret that electric cars are the way to go. Join Paine and other electric car enthusiasts as they make their case, and find out why Americans took so long to embrace this technology. Available on Amazon, Hulu, and Netflix.

Due to economic and sociological forces, Americans continue to rely on petroleum gas as the main source of fuel for cars. But there are, and have been, better alternatives that pose less of a threat to the environment and a cheaper option for the consumer in the long run. Advancements in technology, navigation of judicial red tape, and the American perception of alternative vehicles are discussed in this film, and it’ll make you want to leave your gas-guzzler. Available on Amazon, Hulu, and Netflix.

Documentaries can – and do – help change the world, even if sometimes in very small ways. And in the film industry as a whole (and beyond), there are countless ways we can do our own part. Here at LA Center Studios, we try to put in a little extra effort every day so that Mother Earth continues to prosper. We’ve implemented a number of sustainability initiatives throughout our campus to help combat the depletion of natural resources and harm being to our environment, as well as made many of the changes everyone in California (and around the world) is being urged to make.

And we plan to do a lot more. To learn about sustainability being at the heart of LA Center Studios, click here.

So watch Documentaries. Be inspired. Become a Change Maker. And help make the world a better place for everyone. 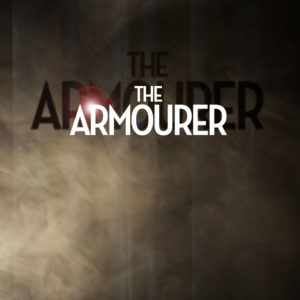 Were you the kid who taped empty tubes of paper towels together to create a majestic sword? Do you know when the first Smith...