We’ve compiled a slew of timeless flicks for you and that special someone to “ooh” and “ah” and “ugh” over. Wherever you are on the romance movie spectrum: we’ve got you covered. Happy Valentine’s Day!

This clever tale of Bridget Jones’s odyssey from Mr. Right-here-right-now to Mr. Right delivers a glimpse into the inner workings of the female mind.

An offbeat romantic comedy about a woman who doesn’t believe true love exists, and the young man who falls for her.

For the “It’s complicated” lover:

While You Were Sleeping

Relationships aren’t easy but try accidentally getting engaged to a dude in a coma then falling for his brother. Yea, that’s pretty complicated.

For the perpetual bridesmaid:

After serving as a bridesmaid 27 times, a young woman wrestles with the idea of standing by her sister’s side as her sibling marries the man she’s secretly in love with.

Competition between the maid of honor and a bridesmaid, over who is the bride’s best friend, threatens to upend the life of an out-of-work pastry chef. If you want some romancing whilst having a good laugh; give it a watch.

For the helpless romantic:

Young lovers Sailor and Lula defend their love in running from Lula’s domineering mother and the gangsters she hires to kill Sailor.

If you couldn’t get enough of Christmas and you want to delve in not one, but ten different love stories across an ensemble cast that are somehow loosely intertwined during a frenzied month before the big holiday in London; then this one’s for you.

For the cold-hearted lover:

You might want to watch this timeless classic with someone that you know that you’ll never let go – like Rose did to Jack; that’s just cold-hearted. There’s no escaping the ugly cry face with this chilling heartbreaker but no need to fret, your heart will go on.

The murderous Bride continues her vengeance quest against her ex-boss, Bill, and his two remaining associates; his younger brother Budd, and Bill’s latest flame Elle. 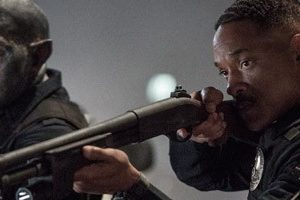