Were you the kid who taped empty tubes of paper towels together to create a majestic sword? Do you know when the first Smith & Wesson M&P pistol was manufactured? Perhaps you know to wax a bow & arrow regularly for optimum performance? If you answered “yes” to any of these questions, then there’s a spot for you in the film industry, as your expertise and knowledge about weapons and firearms could land you on a movie set as an Armourer.

What is an Armourer?

In short, Armourers are weapons multi-taskers. They are the go-to experts and advisors on all things weapons, playing a number of important roles when it comes to how weapons are designed, handled, used, maintained, and permitted throughout the course of filming:

THE CURATOR: Also known as the “Weapons Master” or “Weapons Wrangler,” Armourers curate and maintain the weapons needed for a film. In collaboration with the Director, Production Designer, and Prop Makers, Armourers create the list of weapons that fit the movie’s theme and era. Even for fictional films or movies set in the future, they are charged with envisioning the relevant and appropriate weapons that would be used in those worlds, taking into consideration both practicality and sensibility about the weapons they propose or make. As Tommy Dunne, Weapons Master for Game of Thrones, puts it:

“The key factor about a weapon is what the character is going to do with it. If it’s something for show that’s gonna hang on a wall, we can go overboard. But if they have to wield it, fight with it and ride off into the sunset with it on a horse then it has to be practical.”

THE SAFETY MONITOR: While they are creative and innovative, Armourers are also knowledgeable and share pertinent information about laws and safety measures with the Director and Producer. Armourers even obtain the permits needed to have guns or other dangerous weapons on set.

THE TRAINER: Armourers also train actors how to properly handle the weapons. Harry Lu, a veteran Armourer who has worked on films like Armageddon, Pirates of the Caribbean, and Mission: Impossible III, recently worked with actress Emilia Clarke on Terminator Genisys and recalls a rigorous training regimen before she starred as Sarah Connor. Since live rounds aren’t used on set, Lu would take Clarke to a shooting range and use real ammo so that she felt the weight and recoil of her rifle in order to recreate the same effect. He even trained Clarke to take apart and reassemble her own gun for an authentic portrayal.

THE CHOREOGRAPHER: Armourers choreograph the safest way to handle weapons, overseeing the way an actor interacts and moves with them, correcting their actions accordingly. They are always on set to ensure the precautions outlined are being followed, check on the weapons during breaks and rehearsals, and maintain and secure the weapons when not being used.

What Should I Expect On the Job?

As a licensed Armourer, you will do extensive research. To properly recommend the right guns and artillery, you must be armed with relevant information that will help you conceptualize weapons needed for the film. From historical mechanisms and context, to futuristic concepts crafted from attainable technologies, Google will become your best friend, along with books, encyclopedias, and human references – and your expansive imagination, of course. Dunne discusses how the characters inspired him when creating the weapons for Game of Thrones:

“The Lannisters were rich, so their world is flamboyant, but you’re also then dealing with the likes of the Starks, who are homey and down to earth, grounded and traditional – less opulent. We tried to keep to the medieval theme but at times we were also dealing with futuristic weapons, like the White Walkers’ translucent blade. It’s a hard one but it seems to have worked out.”

And get ready to be on set when weapons are involved. Not only to make sure that every cast and crewmember is safe, but also to guarantee that the weapons are in tip-top shape at all times. Lu remembers on Terminator Genisys that “The armory scene… alone had 200 weapons. And me, my son, and another person had to wipe them down every day.”

How Do I Become an Armourer?

If you have military or paramilitary background, you’ve got the prerequisites to be an Armourer. In this position, you need special certifications, permits, and extensive training depending on the weapons used on set. This is to ensure that you have the qualifications to train and show others how to safely handle weapons. To achieve the title of Armourer, you will need to gain experience in the Props department of several movies, and undergo an apprenticeship with an experienced Armourer (like Dunne or Lu). Overall, you must be patient—it could take years before you can become a credible and trustworthy Armourer that productions will invite over and over again. 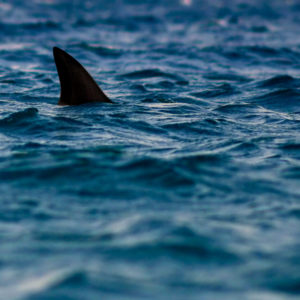 The opening sequence of a film can leave you settling in for the long-haul or scrambling for the door. Which is why so many...