Since families first began gathering around the warm, electronic box that revolutionized American culture, countless unforgettable shows have graced its screen. Including classics such as I Love Lucy, MASH and Seinfeld, examples of television greatness can be found in every decade since its inception; a history brimming with magnificently talented performers, writers, directors and producers.

However, despite this copious history, nothing in TV can quite compare to the unparalleled abundance of outstanding, content-enriched media that continues to heighten the overall viewing experience, engage a diverse group of audiences and expand the demographics for each category. If it can be said that TV has already seen one or more “Golden Ages,” then the best TV shows of the last 10 years have constituted nothing less than a Platinum Age.

Part of the reason is that TV is no longer limited to TV alone. TV is on our computers, our tablets and the small, indispensable palm-sized operating systems that tether our every moment to the information superhighway. Advancements in communication technology have opened the entertainment marketplace to a far wider variety of contributors.

Increased contribution also brings increased quality. In the span of a mere decade, studios such as HBO, Netflix and AMC have arguably produced the majority of the best TV shows of the 2010’s. This is partially due to the rapid increase in the sheer number of shows produced (371 scripted shows in 2014, compared to 211 five years earlier). However, the outstanding quality of many of these shows is equally notable.

Proof of this quality can be observed in audience loyalty. For example, Game of Thrones retained 97% of their viewers between the first and second episodes of what was only their second season on the air – quite a feat considering that there were several hundred other options. In another example, Netflix found that over 70% of viewers who watched the first two episodes of Breaking Bad completed the entire first season.

The new standard of quality championed by these standout organizations has raised the bar for the entire industry, from network cable television to streaming video services. Complete with quality writing, nuanced characters, risk-taking cinematography, and exemplary acting, these trailblazing shows broke ground in episodic excellence and redefined the industry’s viewing audience altogether. The result has been an unprecedented proliferation of truly great TV.

Let’s take a look at the best TV shows of the last 10 years that help make up the Platinum Age of television. 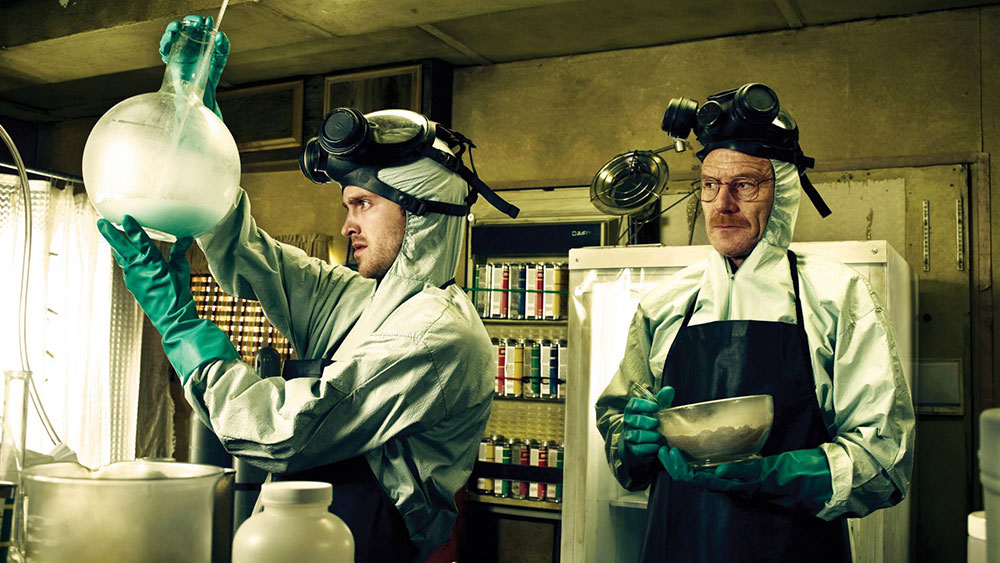 One of the best TV shows of the last 10 years, Vince Gilligan’s darkly comic morality tale broke basic cable ground, forever elevating audiences’ expectations and leaving an indelible mark on American culture. Bryan Cranston’s turn as Walter White forced us to care obsessively about a man whose questionable life choices drew us deeper into the abyss, giving us one of the great anti-heroes of the 21st century. Over 10 million viewers tuned-in live for the finale episode of its last season, which would go on to win 12 Primetime Emmy Awards, including Outstanding Drama Series, Outstanding Lead Actor in a Drama Series, and Outstanding Writing for a Drama Series. 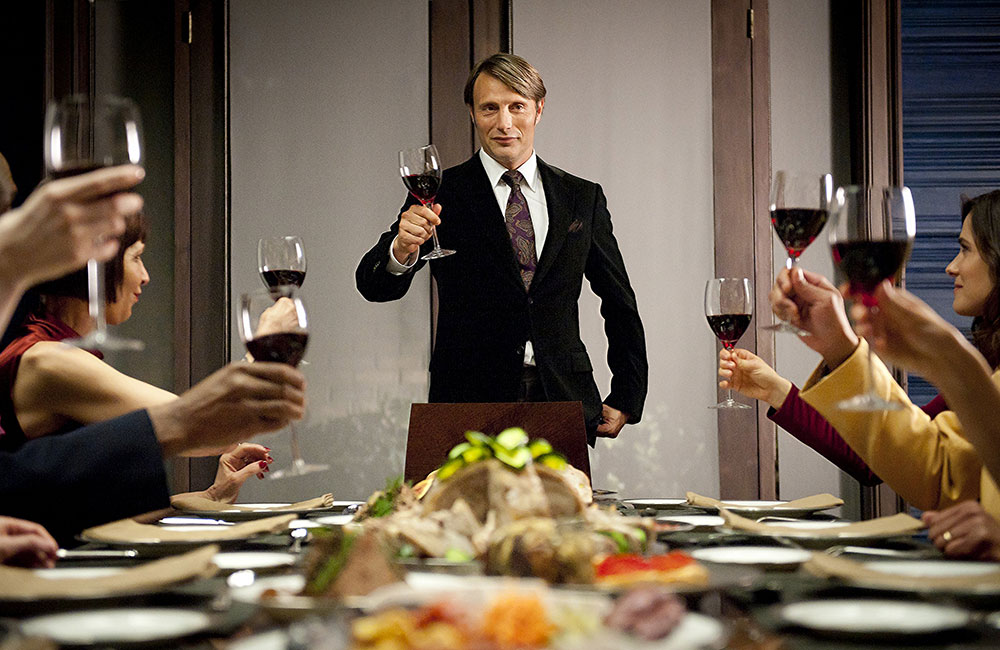 Not to be outdone by their paid-subscription counterparts, network television (NBC, specifically) brought us the best adaptation of the Hannibal Lecter story ever seen on TV. Mads Mikkelsen’s nuanced depiction of Lecter took us deeper inside the mind of one of cinema’s greatest villains than we had ever seen before, exposing the vast extremes of dark and light that lurk within the human heart. Despite its cancellation following season three, Hannibal’s millions of fans have taken to social media to call for a fourth season in the hopes that someone at Netflix or Amazon may be listening. It’s not hard to see why this ought to be considered one of the best TV shows of the last 10 years. 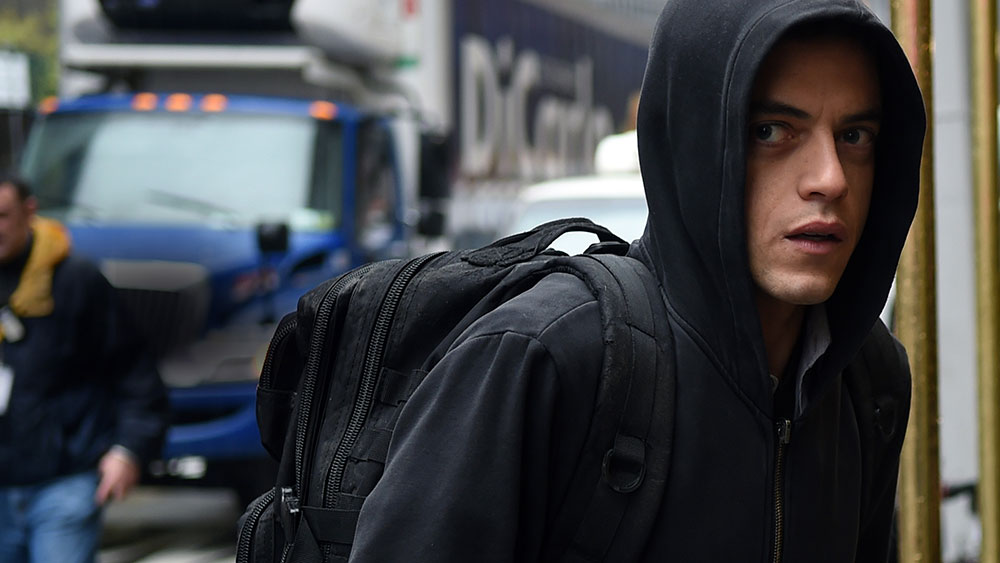 Recent winner of the 2016 Golden Globe for Best Television Series – Drama, USA Network’s tech-savvy thriller may be their crowning achievement to date. It also represents the network’s first ever Globe win in this category. In addition to its artistic achievements, Mr. Robot is being called one of the most realistic portrayals of computer hacking ever, thanks to technical consultant Michael Bazzell, a 10-year veteran of the FBI’s cyber crime task force. This series will go down in history among the best TV shows of the 2010’s. 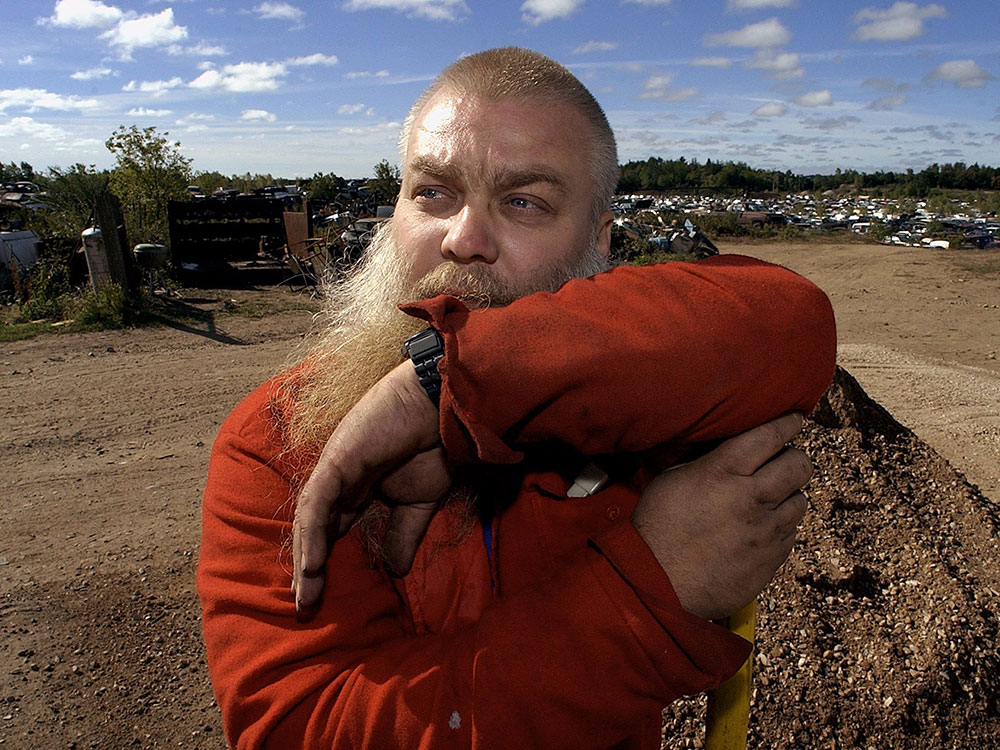 Deftly filling the “true crime” void left by the hit podcast Serial, this ten part documentary series took the media by storm. Though not a TV show in the traditional sense of the term, its place on this list of the last 10 years’ best is well earned. It prompted controversy and conversation on talk shows and news outlets throughout the country, giving Netflix original content its most mainstream success to date. A mere two weeks after the series was first released, various online petitions to overturn court rulings depicted in the series had been signed by over 180,000 viewers. 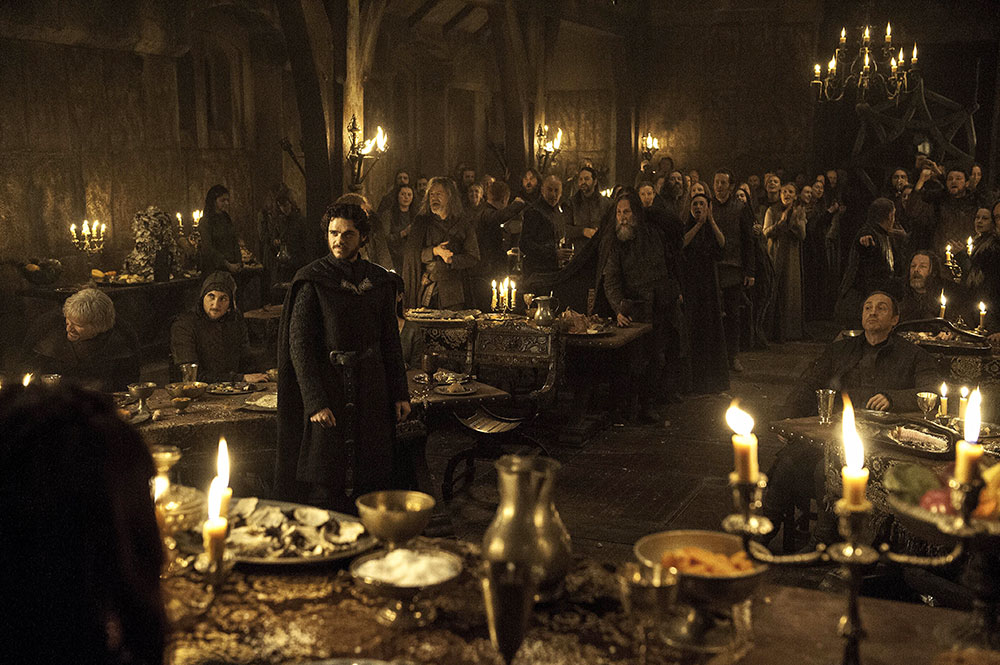 No list detailing the best TV shows of the last 10 years would be complete without HBO’s world-renowned adaptation of George RR Martin’s novel series. This fantasy-laden, medieval political thriller has earned one of the most passionate fan-bases in television, and exemplifies Platinum Age television at its best. Spawning fan fiction blogs, “red wedding reaction” YouTube videos, Halloween costumes, and parodies, this epic production (a budget of roughly 6 million per episode) has sewn itself firmly into our popular culture. The series’ 3rd season averaged over 14 million viewers per episode, the most for an HBO series since The Sopranos.

We’re throwing in a few extra amazing images, just because we can. 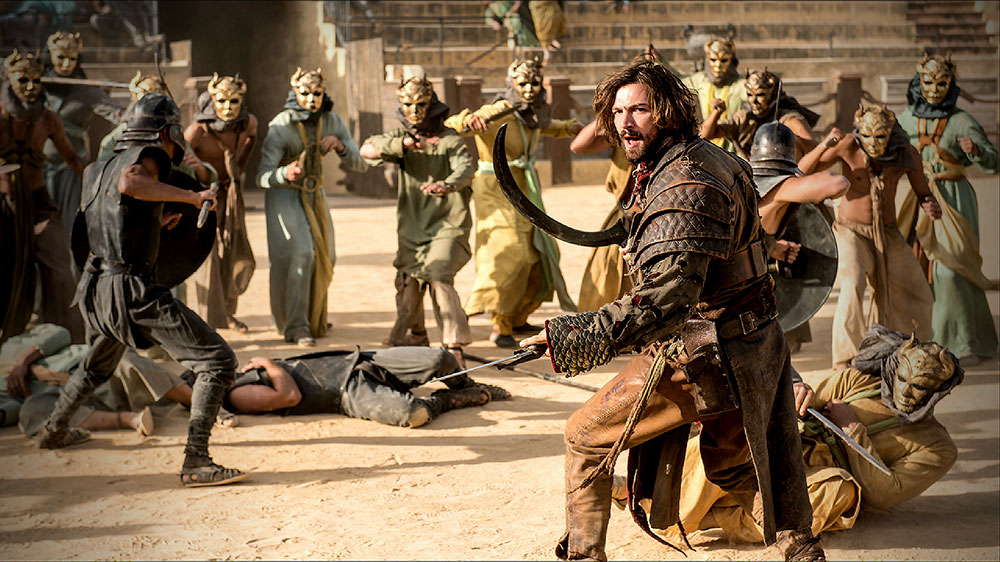 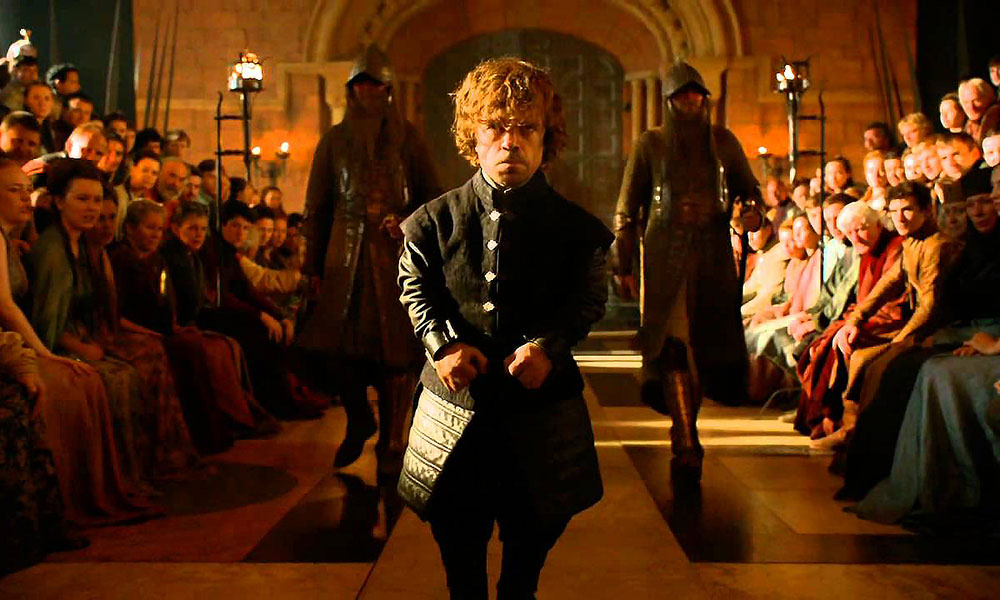 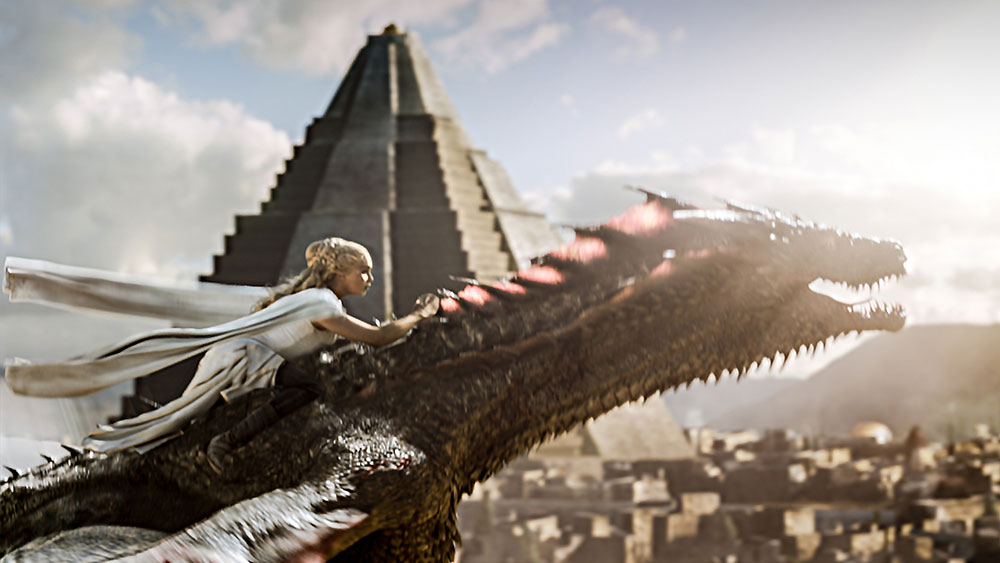 So You Wanna Write a Romcom? 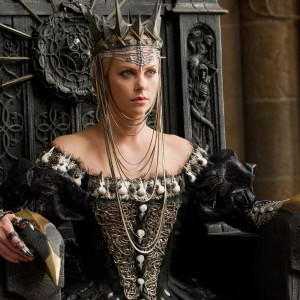 The devil’s in the details when it comes to unforgettable characters: detail in dialogue, detail in cinematography, and detail...