A Personal Look into the Imaginative World of Top TV Producer, Stuart Sheslow: His offbeat, creative genius redefined American pop culture as we know it.

The most financially successful and longest- running narrative television series revolves around a family known today in every American household. We know them as Homer, Marge, Bart, Lisa and Maggie – better known as the hit animated sitcom, The Simpsons. Before any storyline, narrative, or concept is pitched to any major television network, it takes only one person of substantial influence to believe in the content, see the vision and plant the seed for major TV executives to consider giving it the green light. So who was the visionary responsible for launching Matt Groening’s satirical depiction of the middle, working-class American family into what it is today? 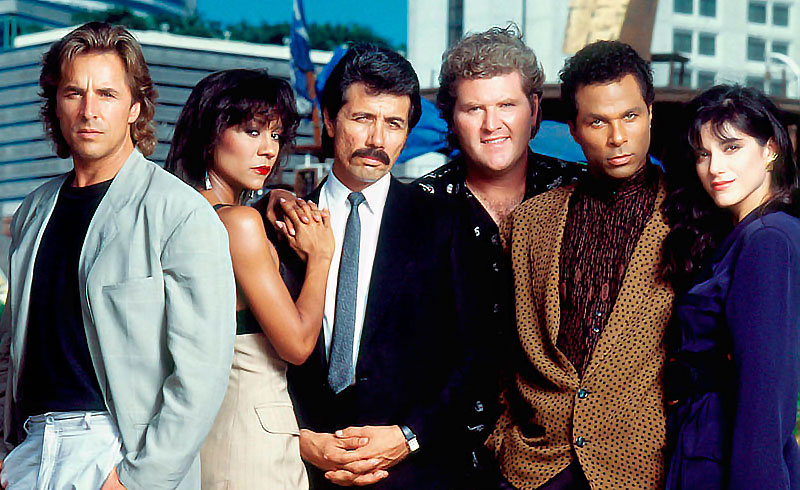 As a previous Executive Vice President from 20th Century Fox Television, ABC Network, and NBC Programming, Stuart Sheslow is a gifted content creator who helped develop and launch The Simpsons, as well as other notable hit-branded shows loved by American TV viewers such as Miami Vice, The Facts of Life, Fame, Knight Rider, LA Law, and Buffy The Vampire Slayer.

Responsible for $32 million per year in development funds, and currently balancing $60 million in ongoing productions, Stuart Sheslow recounts some of the exciting memories and insightful adventures during his production tenure. From his very first creative breakthrough to on-set shenanigans, this renowned storyteller, television producer, entertainment legend, and entrepreneur, offers some words of advice for the new generation of content creators aspiring to be successful in the TV and Film industries.

Mr. Sheslow, The Simpsons is considered the longest-running narrative TV series to date. How did The Simpsons get on the air?

Well, it started off as a tiny, animated bumper, on the “Tracey Ullman Show”. We showed the unfinished animated pencil tests to Barry Diller, and he didn’t get the concept at all. Diller wanted to know who bought the show. As the head of FOX TV development, I was ultimately responsible. Diller said, “Fine, just burn it off during Christmas.” When the 1989 winter pilot of “The Simpsons” aired, it became the highest rated show in FOX history. After the holiday break, the now delighted Diller told me to order the show. I told him, “Barry, I already ordered The Simpsons, as a series – six months ago!’

How did you get your first creative break in the entertainment field?

In 1976, as luck would have it, I was sitting next to Tom Warner on a flight from LA to New York. While flying over Detroit, after an amazing conversation, he offered me a position in development at ABC Television. He told me the job was mine, if I was willing to relocate to Los Angeles. I did, and the rest is history.

You said, “The rest is history.” What were the roles and responsibilities you pursued throughout your career? 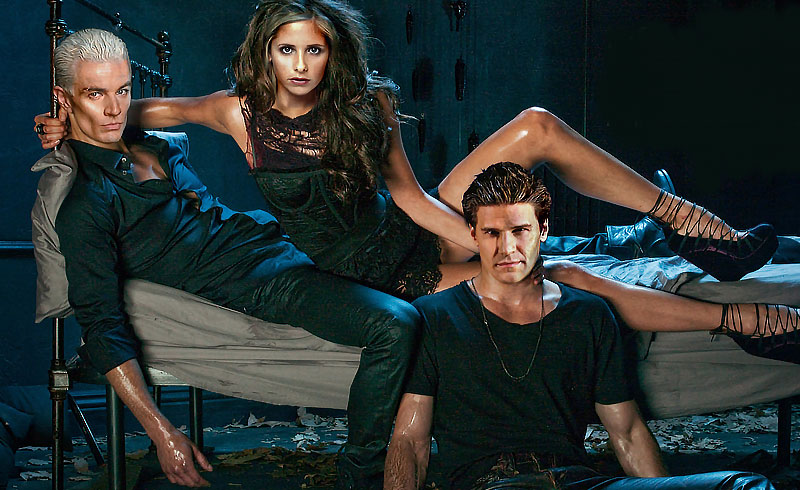 Then, around 1985, I worked in physical production and development for shows like ABC’s Berrenger’s, a one-hour family drama, ABC’s The Redd Foxx Show, and CBS’s classroom show, Better Days, starring Randall Batinkoff. Next, I put together six TV pilots for Lorimar Television, which was a subsidiary of Warner Brothers.

During the writers-strike, I became an executive at FOX television in 1988. At FOX, I was a VP and quickly become Executive VP of All Programming at the network. After a successful run at FOX, I went to Disney’s Sandollar Productions to become business and producing partners with Sandy Gallin and Dolly Parton. I produced Dolly’s sitcom there, Margaret Cho’s All-American Girl, and Gaby Hoffmann’s 1994 teenage comedy, Someone Like Me.

In 1997, I helped launch UPN/Joss Whedon’s wildly successful TV cult-favorite, Buffy The Vampire Slayer, starring Sarah Michelle Gellar. I’ve piloted over 20 shows, and more than ten went to series, which is an amazing feat in this challenging industry! 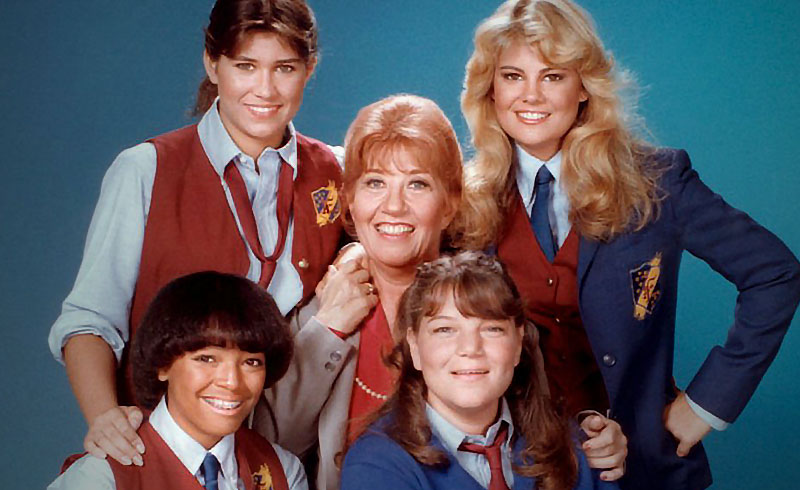 After writing the 1979 NBC pilot for The Facts of Life, did you have any idea it would be so successful?

No, not at all. The viewers loved the show, and that was great news for the network. Another favorite show of mine was NBC’s Fame, which premiered in 1982.

Who are some of the stars you helped discover?

Lots of people! I discovered Tony Danza at a boxing gym back East. There’s also Kirstie Alley, Fred Dryer, Sandra Bullock, and Pierce Brosnan – his is a funny story. In 1982, Stu Irwin had packaged a new show titled Remington Steele, which we had just bought as an NBC series. Some British guy, whose name I can’t remember, was to star in it. At the last moment he had a conflict and dropped out of the project. That evening, I was watching a TV show that had a handsome farmer character on it. He had only one line, but I had a good feeling about him. We searched for him and set up a casting session. I found this unknown actor, and his name…Pierce Brosnan. Remington Steele lasted five successful seasons, culminating in 1987.

What is the craziest thing you ever did to promote a show?

My 1988 FOX show, Alien Nation, needed an extra push to stay on the air. I loved that show, so I had the make-up department dress me up as an alien from the show. I walked into Barry Diller’s staff meeting as an alien. Diller said, “What the **** are you doing?” Then he laughed. I saved the show! Because of my antics, the show’s second and final season was produced in 1989. I never took myself too seriously, as so many executives do. Work was just enjoyable for me.

Were there ever studio memos that you kept for a job well done?

Yes, I received a note from Rupert Murdoch. It read, “Dear Stu, here’s to The Simpsons. Thanks for making me more money than Star Wars! Two Billion Dollars! Thanks, Rupert.” 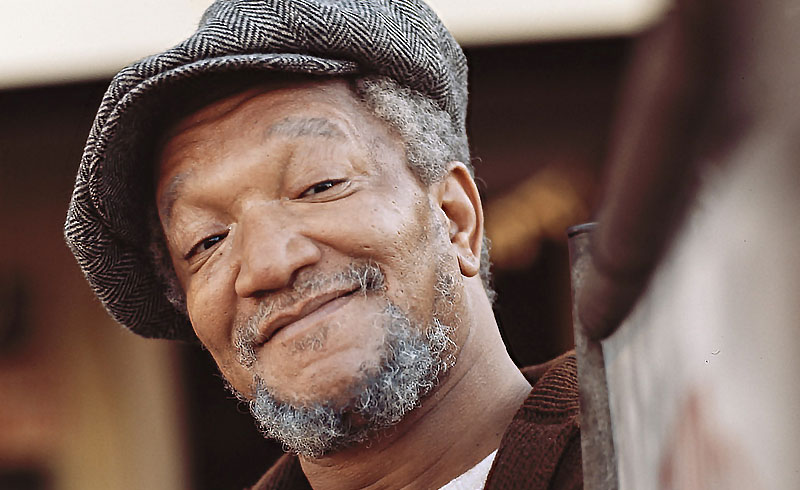 Were any of your shows shot here at LA Center Studios?

Yes; ABC’s The Redd Foxx Show was shot here in 1986. Redd was a close friend of mine, and I miss him dearly. I have very fond memories from the one season we shot his show here.

Working under TV titans Brandon Tartikoff and Rupert Murdoch, must have been incredibly stressful. How did you lessen your stress?

I regularly worked out at the gym. At one point, I was a serious weight lifter. I also played lots of basketball at Gary Marshall’s house on many Saturdays.

Did any of your other Ithaca College friends become successful?

Bob Iger, CEO of Disney, was my college roommate. Bob was a funny guy back then, and I’m very happy for him and all his successes.

What makes a show salable?

A show may be able to coast by with mediocre writing, but a superior, creative idea and a fascinating cast of actors make any show!

What is the best advice you were ever given?

Bob Mulholland, former head of NBC, once said, “Listen to everybody. You never know where a hit show may come from.”

What advice do you have for the new generation of content creators?

Make sure your parents have lots of money. All joking aside, so much has changed in the business, and it is difficult getting your foot in the door. Just don’t give up. Back when I was at a studio, anyone could visit me in my office as long as they arrived by 8:30 in the morning. I loved meeting new talent and I gave many of them their first creative breaks. A number of these talented young people went on to become successful writers, directors, producers, and, of course, studio executives.

WHAT’S NEXT FOR STUART SHESLOW?

In addition to the launch of new, innovative reality programs and creative projects, Sheslow has built and sold WESC Vending Company, which had over 6,700 candy and toy machines that were distributed throughout the southland. Sheslow continues to push the creative content envelope on the screen and beyond, with his new venture, The Wizard’s Hat – a magical-themed restaurant and family entertainment center. This new endeavor is a blending of his knowledge and experiences in both the television and vending machine industries.

Sheslow is a graduate of Ithaca College and received his Masters Degree in film from New York University. A senior television executive for more than 25 years, Sheslow served as Executive Vice President at 20th Century Fox Television where he was responsible for development of the megahit animated series, The Simpsons. His list of notable hit-branded shows include Miami Vice, The Facts of Life, Fame, Knight Rider, LA Law, and Buffy The Vampire Slayer. 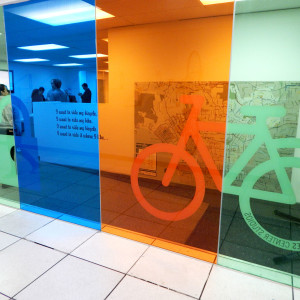