It’s that time again: the competition for ambitious and enterprising filmmakers has returned.

Here’s your chance to make it to the big screen. No, we’re not talking to actors. We’re searching for the next super talented filmmaker to share our screen with (but hey, there are no rules against starring in your own film). Do you have a brilliant, original story to tell the world? Are you made for the endlessly entertaining #LACSLife?

THE CONTEST:
Overview
The Rules
How to Enter
Judging Process
Submit Your Trailer

Beginning April 11th through May 11th, the Los Angeles Center Studios Filmmaker Competition invites all emerging filmmakers to submit their original film for the chance to have it shown at our state-of-the-art 350-seat-theater screening event. This year, we’re adding a public voting poll, which will open starting May 19th through May 25th for all fans and viewers to show their support. The three (3) contestants with the highest votes will be automatically qualified for the final round of winner selection.

Ready for your big debut? The rules are simple:

The Production
How to Enter

No one knows the story better than you, so send us a trailer. Blow us away.

Behind the Scenes
Judging Process

Contestants are strongly encouraged to reach out to their friends and family to participate in the Facebook contest voting poll between May 19th and May 25th and support their trailer. The three (3) contestants with the most fan votes will be automatically qualified for the final round of judging by a panel of industry experts at Los Angeles Center Studios. Final round contestants will be contacted to submit their full-length film for final scoring. The winner of the grand prize screening will be announced on Friday, June 3rd, on our Facebook page.

Are you ready for your very own Private Screening Event at Los Angeles Center Studios? Our advice? Be YOU. We want to see the next great filmmaker, so submit your trailer and give us your best shot (literally). 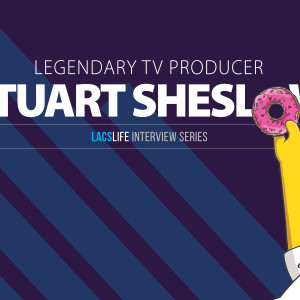