Hollywood hŏl′ē-wo͝od′ the international epicenter of the movie and film industry, show-business, entertainment and, last but not least, glamour. It isn’t too hard to believe that during the early 20th century, a time which modern American society was rich with innovation, that the culture of Hollywood Glam was conceived.

The term movie star was coined in the 1920s when the film industry experienced a boom as hundreds of movies were being produced each year. The essence of “Lights! Camera! Action!” further emphasized Hollywood as a cultural icon representing, leisure, luxury and lifestyle on the revered red carpet. Not limited to their role, it is no surprise that due to increases in fame and publicity during the Golden Age of the 1930s, the female stars especially, became the trailblazers, the icons and the trendsetters for what we define as glamour today. Derived from its original meaning, “bewitching; enchanting,” glam, is the essence of enchantment manifested through the adornment of all things beautiful from furs, pearls, satin gloves, feathers, glitter, diamonds and dare I say, bare skin.

Today, glamour is the impression of attraction that a particularly luxurious or elegant appearance creates an impression that transcends reality and provides mystery. Old Hollywood glam designs of the past are consistently being used as inspiration for costumes in films and on red carpets. Thus, it should be fair to say that Hollywood Glam transcends the film industry and encompass all areas of entertainment including the music and fashion industries.

Starting with the Golden Era of the 1930s and moving toward the 1950s, the true essence of Hollywood Glam embodies the traditional luxury of fur coats, diamonds and pearls. As we move onto the mid-century, iconic figures embraced foreign and exotic styles that included gold accents and feathers. At the end of the century, moving onto the 80s, 90s and 00s, Hollywood Glam is no longer limited to the glitz, and glam as originally conceived. Hollywood Glam encompasses all aspects of the feminine counterpart – from girls-next-door to rebels-without-a-cause, Hollywood Glam and its female icons continue to pave the way for lifestyle and fashion today.

The following compilations of images take us through the last eight decades. Their ability to be effortlessly transcending and gracefully mysterious makes them ideal examples of Hollywood Glam. Whether those involved knew it at the time, they were masterfully trendsetting, rule breaking and one of a kind. These looks are nothing short of iconic and have earned a rightful place in Hollywood Glam history. 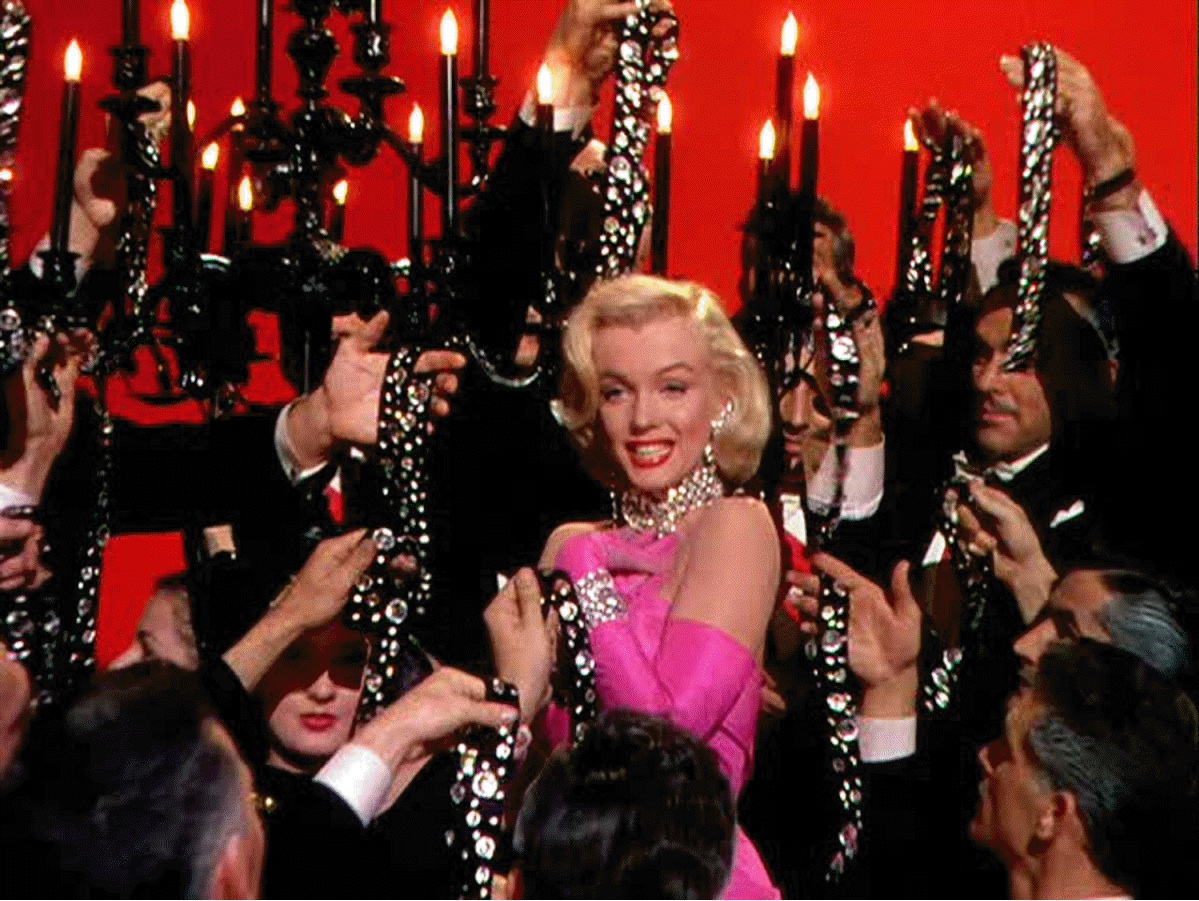 Marilyn Monroe in Gentlemen Prefer Blondes (1953): Who else could top a list of Hollywood’s most glamorous, but Marilyn Monroe. Her beauty and mystery have created a legacy lasting far longer than her mortal years. She has been often imitated by her successors including Madonna who famously recreated this scene for her hit Material Girl (1984). 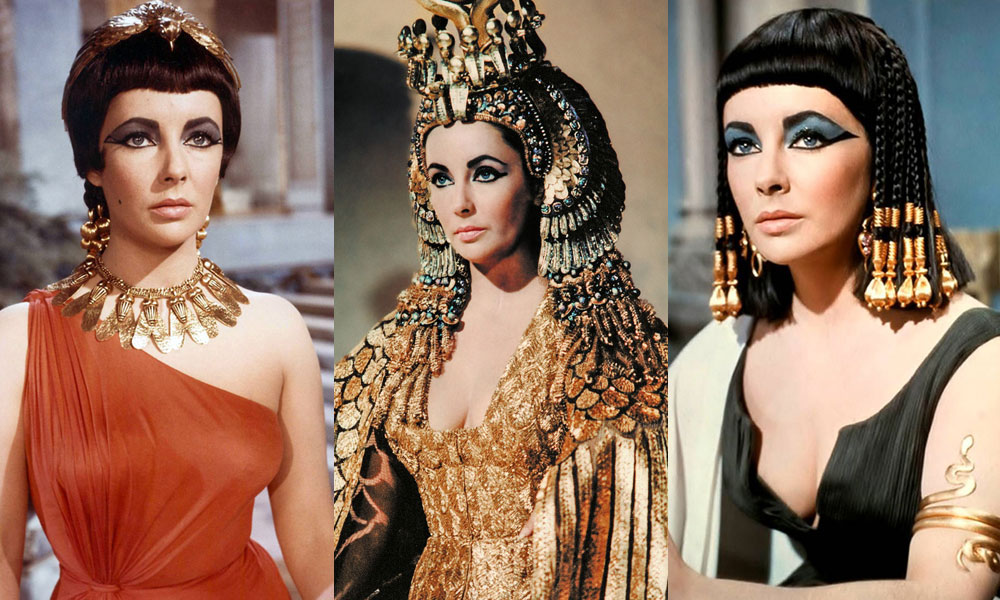 Elizabeth Taylor in Cleopatra (1963): A kohl-eyed Taylor made the portrayal of the Egyptian ruler exceptionally glamorous. The costumes were ornate and rivaled the onset drama between the star and her soon to be husband Richard Burton. 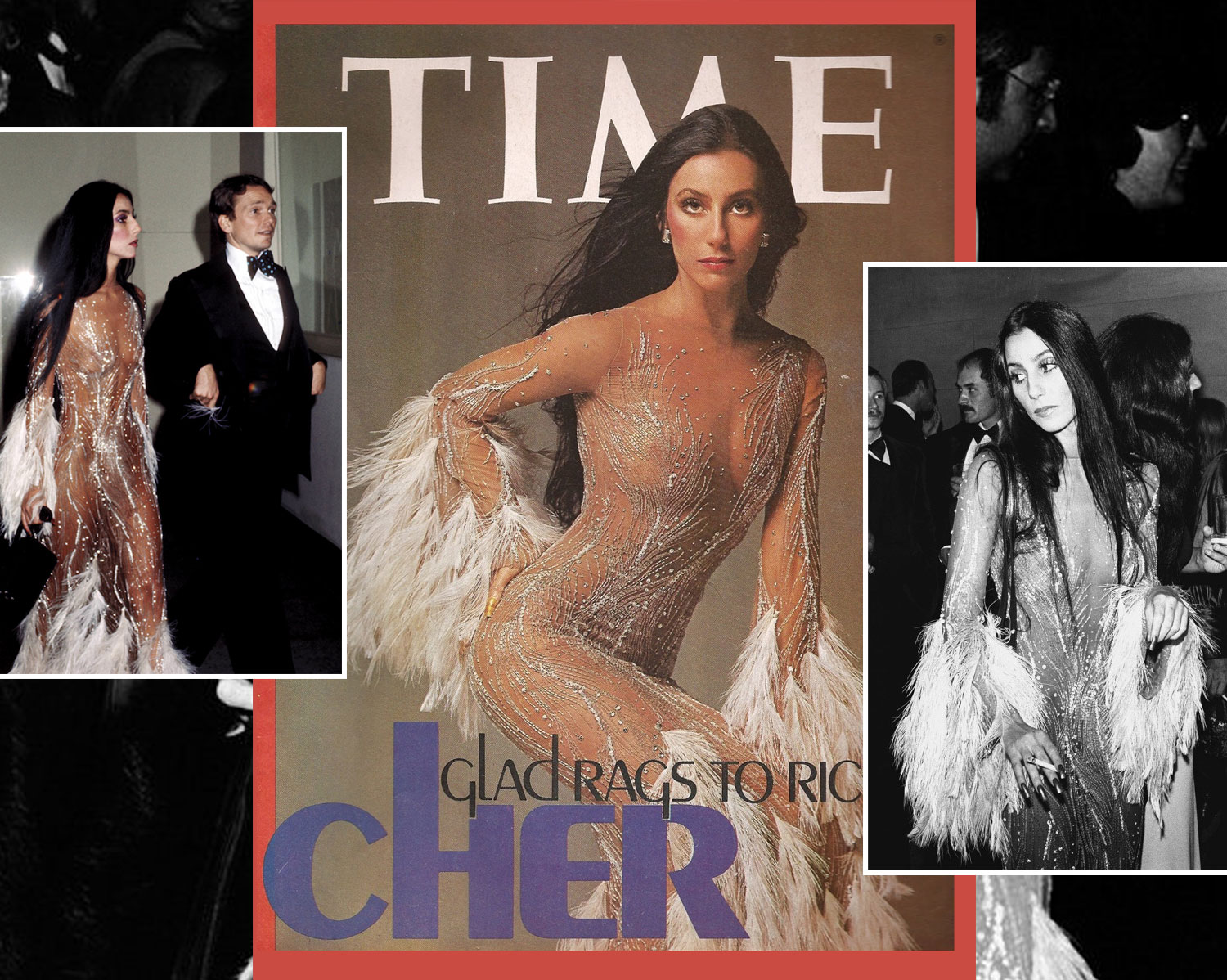 Cher at the Met Gala (1974) with designer Bob Mackie: In the 1970’s Cher was the epitome of Hollywood glam. Glitter, sequins, feathers, and body-hugging looks were her signature – famous enough to even grace the cover of Time Magazine. 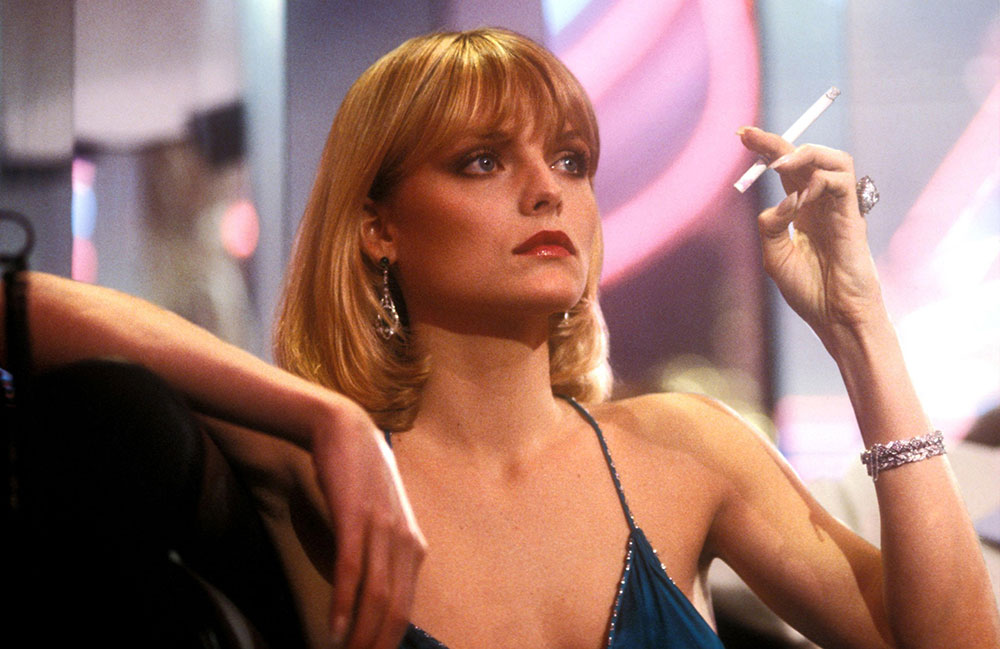 Michelle Pfeiffer in Scarface (1983): Pfeiffer made violence and drug addiction look glamorous as Elvira Hancock. She captured the overindulgence of the time with her slinky gowns and sultry attitude. 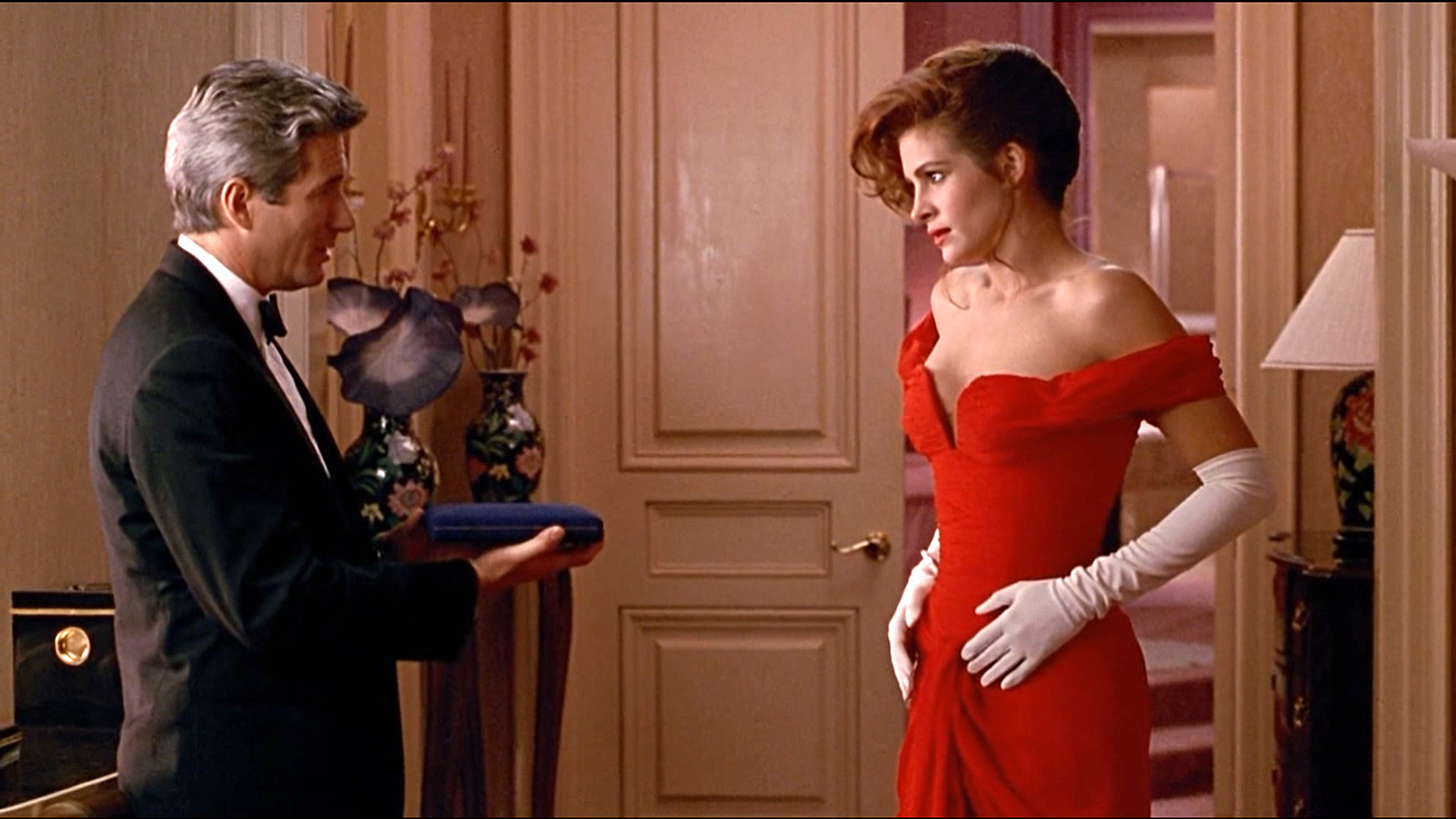 Julia Roberts (1990s): Roberts known for her trademark smile and luxurious hair was among the most popular and charismatic actresses of the 80s and 90s, demonstrating that sometimes the most glamorous accessory is a woman’s most natural features. 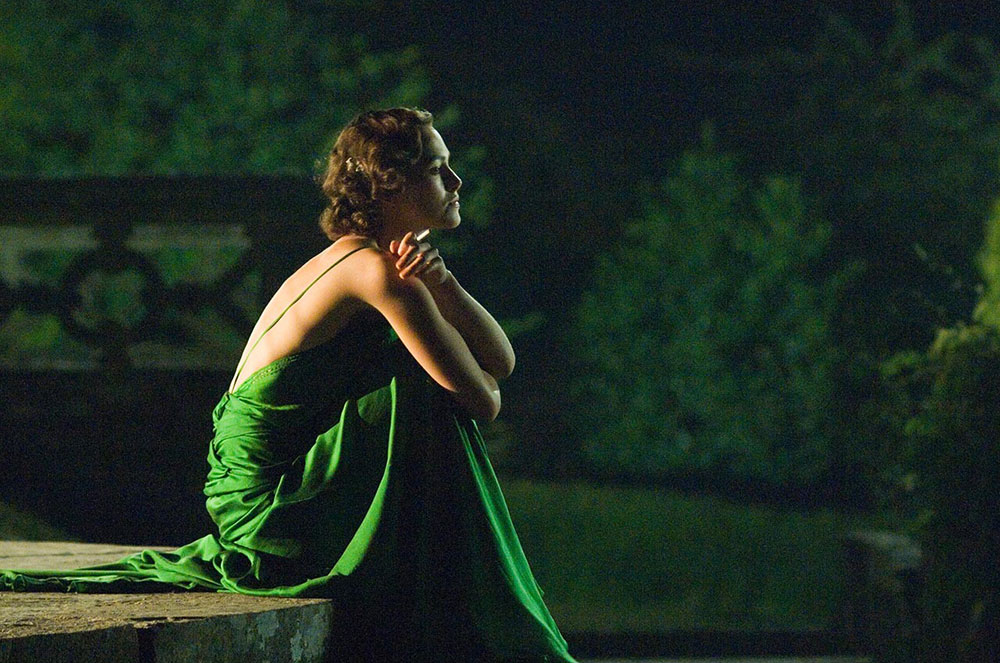 Keira Knightley in Atonement (2007): Creating an iconic look that comes to mind at the mention of the film’s title is a great accomplishment for a costume designer. 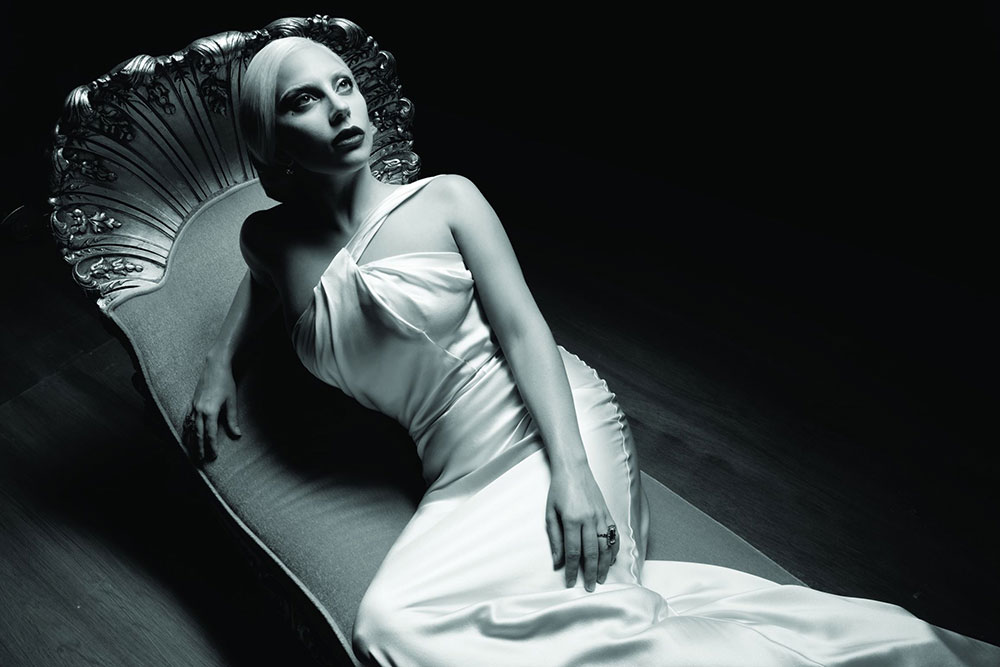 Lady Gaga at American Horror Story: Hotel premiere (2015): She creates glam whether wearing her trademark eccentric outfits or her more recent old Hollywood style. Lady Gaga proves fashion can go in just about any direction yet Hollywood Glam is here to stay.

10 TV Shows You Never Knew Were Shot at LACS 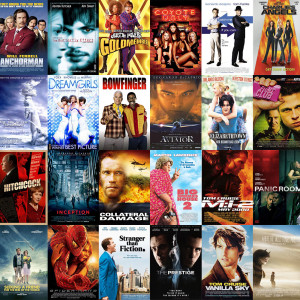 What do the feature films Anchorman, Fight Club and Planet of the Apes all have in common? Each film was shot, all or in part,...