A movie without fully realized characters could never resonate with audiences. But with a line-up of memorable characters, films are propelled into fame and cultural icons are born. Just what is it that makes our favorite movie characters so indelible?

The actors may be what the public sees in a movie, but cinematic masterpieces only become reality thanks to the collaborative effort of several filmmaking professionals. Screenwriters, directors, producers, editors, costume designers, and a host of several other behind-the-scenes experts work as a team to create a box-office hit. And that kind of movie, the one where moviegoers only avoid letting spoilers slip through considerable willpower, will always have great characters.

Character development is possibly the most important aspect of storytelling. In a world with access to several avenues of fiction, a character is what most audiences walk away with after their cinematic experience. And while common wisdom says film icons are all in the acting, the truth is that the world’s most memorable movie characters exist only because of great production teams.

Of course memorable movie characters can’t exist without actors, but there’s so much going on behind the scenes that most moviegoers simply don’t consider. Take Darth Vader: part of his fame (or infamy, from a certain point of view) is his signature black armor, cape, and intimidating helmet. This Dark Lord became a cultural icon due in part to Lucas’s costume design team. While the franchise’s fans should all hail James Earl Jones and David Prowse, costume artists Ralph McQuarrie and Brian Muir deserve equal amounts of praise for creating such an unforgettable outfit for the galaxy’s most notorious villain.

Darth Vader is just one example of a character whose fame is in no small part due to the hard work, imagination, and creativity of a production team. Without visionary directing, an actor’s on-screen persona falls to shambles. Without a screenplay that sends characters through the crucible, characters remain flat. However, when the movie is written, directed, casted, and designed with artistry and care, moviegoers are always given a cast of highly memorable characters.

That’s what it takes to create great characters in broad strokes, anyway. What does all this look like in practice? Countless iconic movie characters have graced the Los Angeles Center Studios lot, and we got an insider’s look at how they were created. Let’s take an in-depth look at 7 memorable movie characters who can call LACS their home. 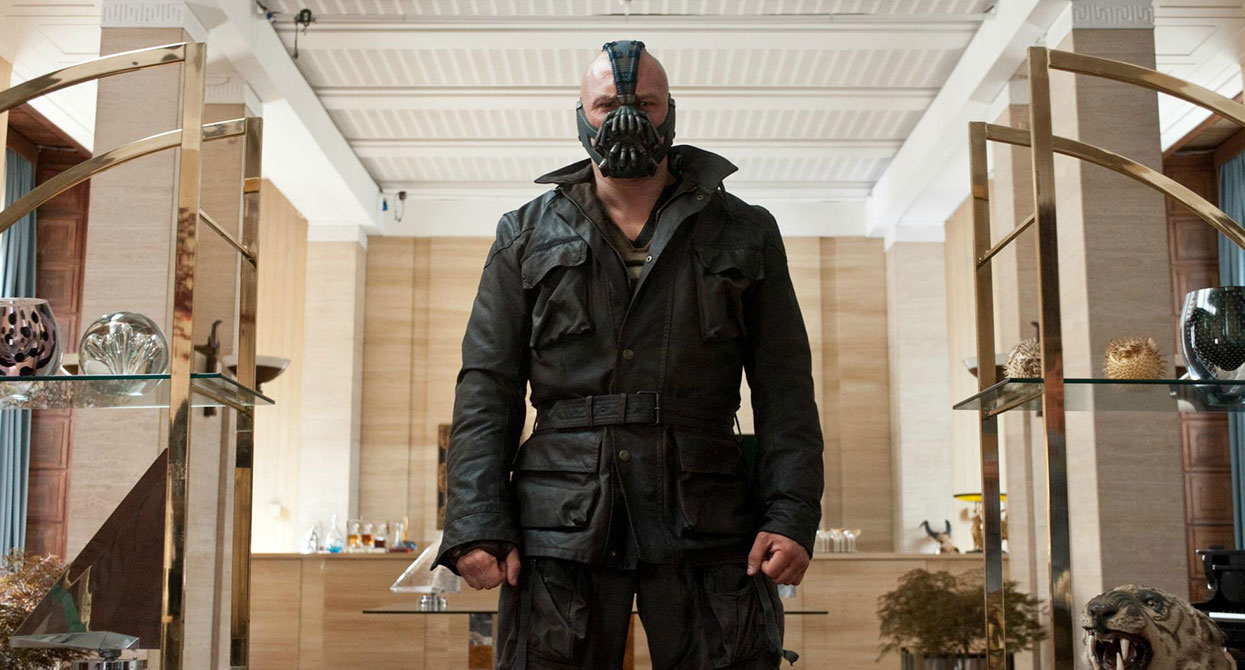 Bane became a memorable movie character because of his strength and marked appearance.

Considered to be the apropos end to the definitive Batman Trilogy, The Dark Knight Rises featured Tom Hardy’s Bane as the antagonist; a physical and psychological threat that Batman had never experienced before. Bane initially appeared in the first act as a conniving terrorist with a plan for world domination. However, he was later revealed to be Talia Al’Ghul’s loyal and loving protector.

The film’s writer – Jonathan Nolan – made Bane an iconic character when he physically broke Batman. Part of his mass appeal also derives from the costume design team’s hard work. A breathing apparatus covered most of Bane’s face due to his possessing respiratory issues. The mask conveyed an animalistic nature, giving Bane a one of a kind look. Costume Designer Lindy Hemming’s challenge was transplanting the comic book’s costume to the more realistic world of Nolan. Invoking the themes of militancy and bodybuilding, the final costume ultimately cemented his status as a memorable movie character. 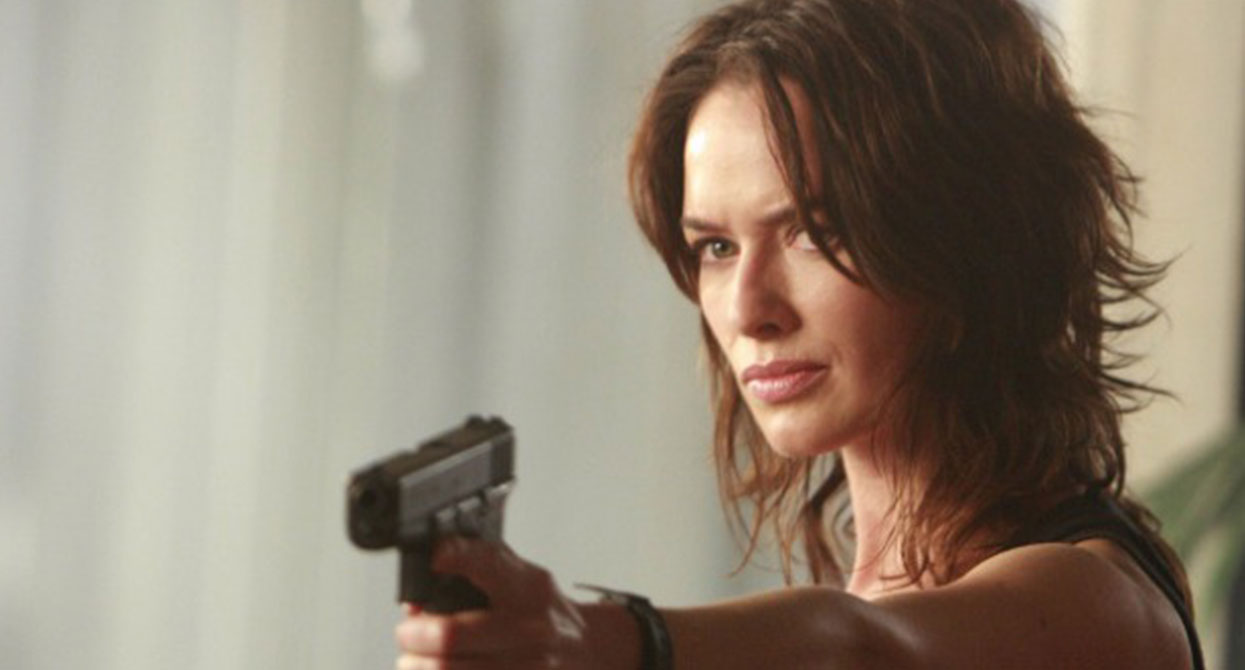 Sarah Connor is memorable as a fully committed parent and fighter.

One of the greatest science fiction franchises in cinematic history – Terminator – changed its protagonist from a male to a female action hero in its second installment (the more significant part of the franchise). Portrayed by Lena Headey on the TV series “Terminator: The Sarah Connor Chronicles”, this version of Connor was only referred to in the film franchise. In this series, she is a protective mother with the skills of a survivalist, fending off attacks against her son’s life from time-traveling cyborgs.

The show’s writers – this list includes James Cameron, Denise Thé, and Ian B. Goldberg among many others – crafted a character whose attributes dive deep into issues of parenthood. Connor’s extreme protection of her son can be seen as an allegory for parents doing what feels like the extreme in order to provide their children with a better life. She was also written to break the rules dictating the portrayal of gender in film. As a protagonist, Connor was given a tragic and damaged back-story that has usually been reserved for her male protagonist counterparts. 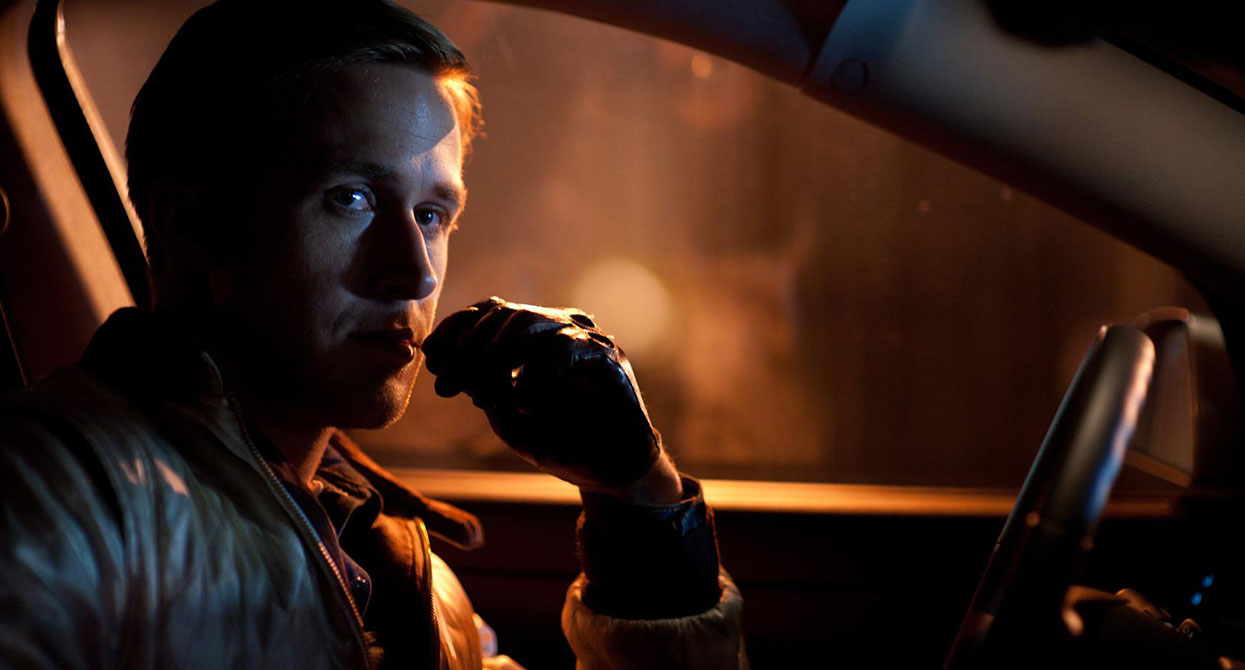 Driver left his mark through a striking appearance and subtle body language.

A tribute to the brightly colored neon vibes of 80’s Hollywood, ‘Drive’ introduced a character into cinematic history with little dialogue, but one who made his presence felt with his actions. The character simply known as Driver was portrayed as a man with a troubled past seeking redemption. Saying very little, Driver is able to fall in love with a woman with a murky past of her own, provide support to her while also finding his own place in the world.

Driver’s quiet restraint and subdued nature, combined with his eventual transformation into a vicious survivor, shocked audiences and permanently seared him into their memories. His outfit, crafted by costume designer Erin Benach, further adds to this character’s memorable status. With his white silk Bomber jacket and driving gloves, Driver’s entire demeanor invoked a Yul Brenner-esque feel. 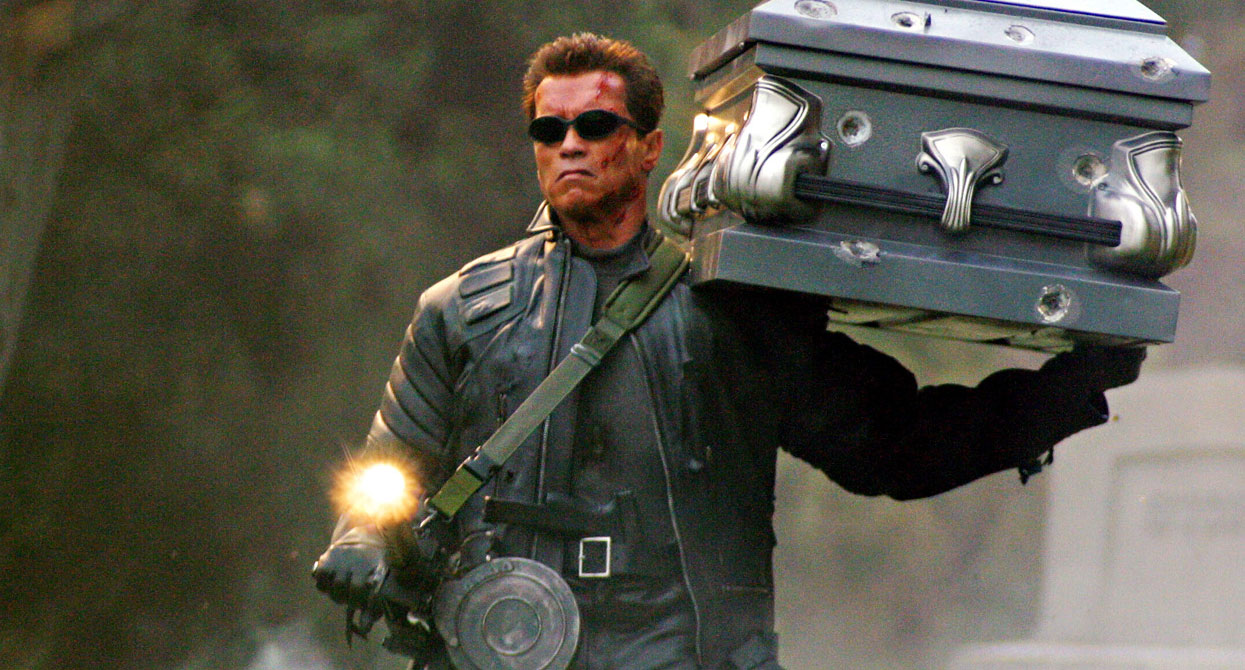 Terminator leaves his mark with guns and a surprising amount of humanity.

Arnold Schwarzenegger’s Terminator is quite possibly one of the most memorable characters in fictional history. Without a doubt, the title character helped spawn a thriving science fiction franchise, popular around the world. The Terminator portrayed in ‘Terminator 3: Rise Of The Machines’ is basically a continuation from the film preceding it in the franchise, ‘T2: Judgement Day’.

The Terminator possesses a surprising amount of depth for being the central figure of an action flick – and you can thank writers John Brancato and Michael Ferris for that. Terminator was initially introduced as an antagonist-turned-protagonist who sacrificed himself for the good of the main characters. He is most memorable for being one of the first fictional iterations of an emotion-less robot grappling with complex human concepts such as love. Originally cast by Stanzi Stokes, Schwarzenegger’s child-like innocence and muscular appearance created a stark and engaging contrast for a character attempting to embrace human emotions. 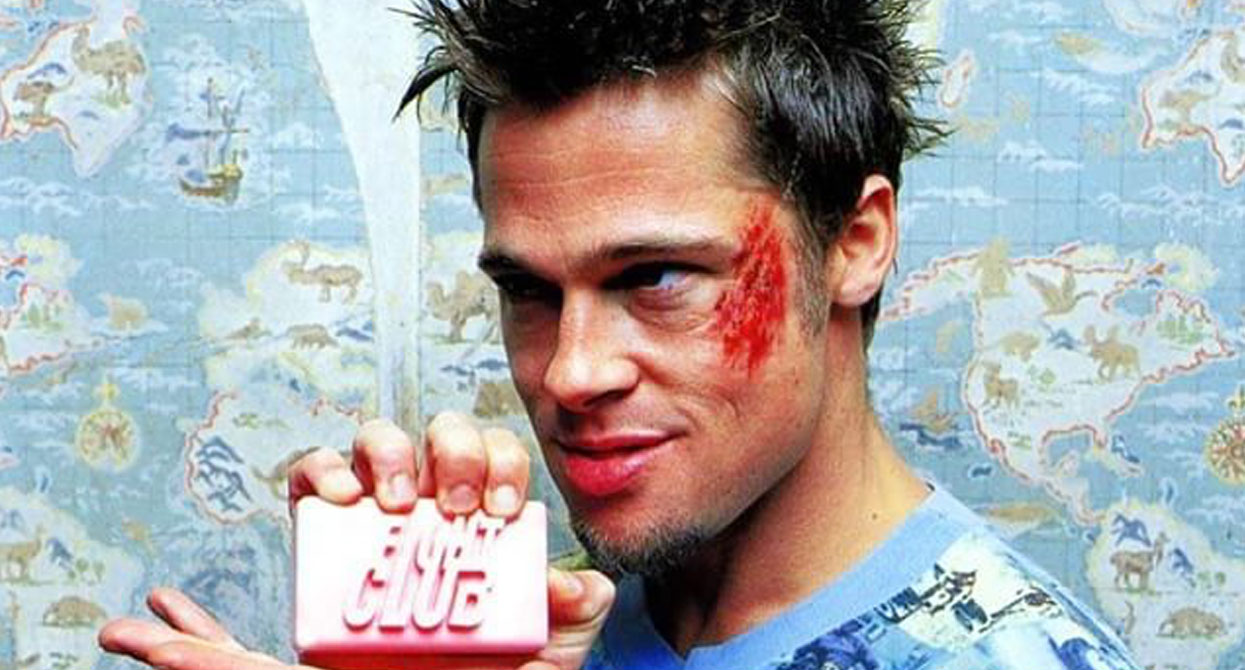 Tyler Durden is an anarchist and Brad Pitt is charismatic – a potent combination.

One of the most highly successful and critically acclaimed films of all time, ‘Fight Club’, featured an incredible character that has since become ingrained into pop culture. Brad Pitt’s portrayal of Tyler Durden could even be seen as the parallel lead of the film, or even its antagonist by the third act.

Durden rebels against society while acting as the protagonist’s evil alter ego, fueling him to rage against the societal norms and give in to his baser instincts. Casting director Laray Mayfield’s choice to cast Brad Pitt was a stroke of genius. Durden’s subscription to chaos theory and anarchist ideology, infused by the actor’s own inherent charm, is what truly makes Durden a memorable movie character. 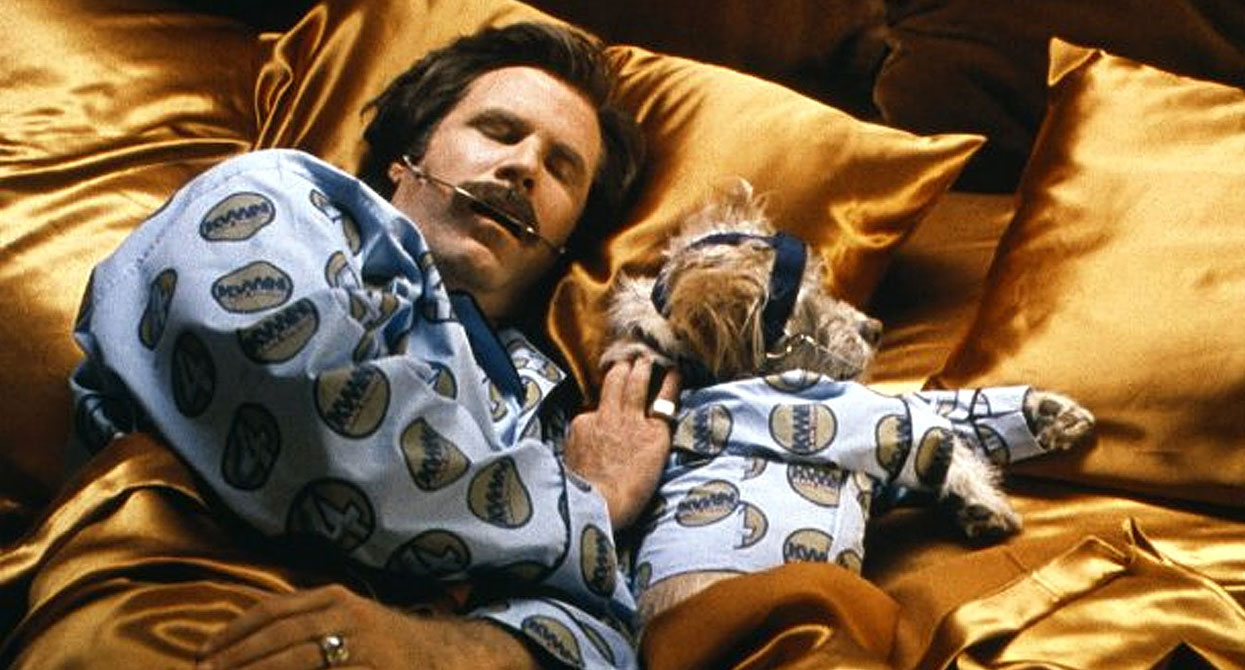 Ron Burgundy lodged himself into viewer’s hearts with a combination of egotism and 70’s machismo.

Fashioned after legendary newsmen like Tom Brokaw, Will Ferrell’s Ron Burgundy is a memorable character due to his ineffable nature, and stubborn-ness towards change. Despite being set in the 70’s, the character is a remnant of past ideologies. A public figure, Burgundy suffers from crippling insecurity that results in comedic outbursts.

Will Ferrell, who both wrote and starred in the movie, fashioned Ron Burgundy into a relatable yet ironic figure. Burgundy is that one person everyone knows who simply refuses to change with the times, especially when faced with confusion about his place in a world that’s leaving him behind. Burgundy becomes memorable due to his satirical take on the conventional epitome of masculinity in the 70’s, while also providing a vulnerably that is rare from a character of that archetype. 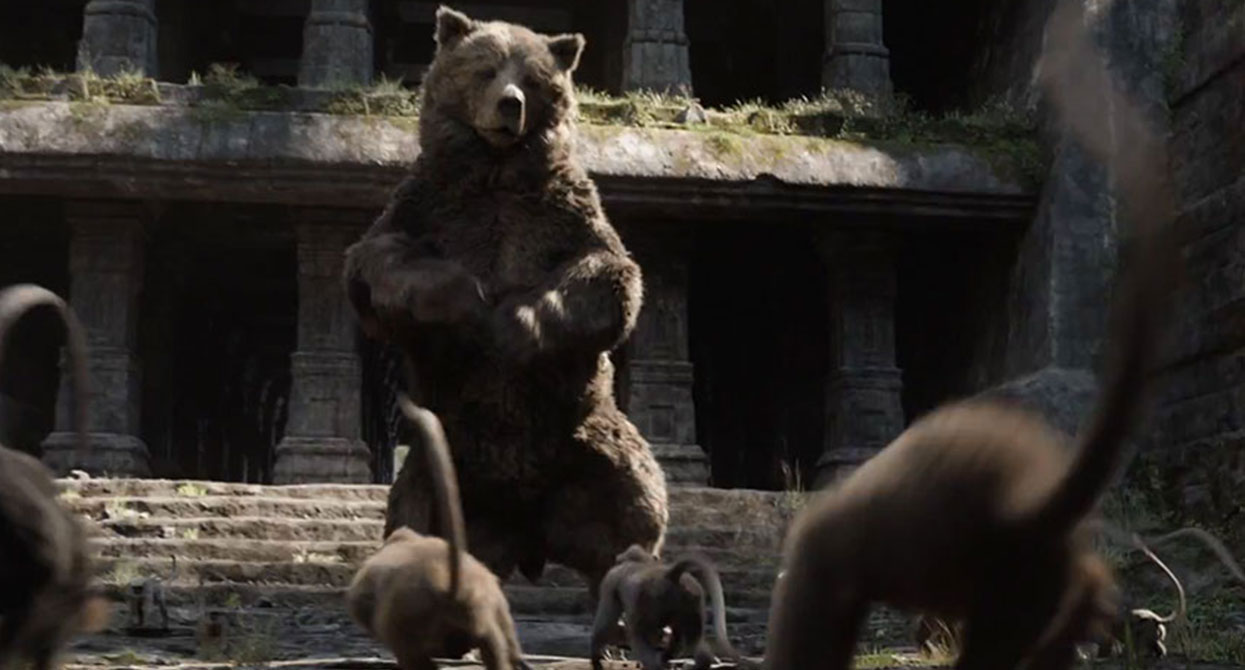 The newest incarnation of Baloo makes his mark with a combination of wit and a little bit of deception.

A different kind of non-conformer comes in a reimagined version of the bear Baloo, one of Rudyard Kipling’s creations in ‘The Jungle Book’. While Disney’s original animated film featured a cuddly, mentor-like figure who taught Mowgli the ways of the jungle, the live action version (or CGI version) cons Mowgli into acquiring food for him.

Justin Marks, the man who wrote the screenplay for this 2016 film, fashioned this incarnation of Baloo as a Huckleberry Finn-esque character: the bad influence on the protagonist with a heart of gold. The 2016 Baloo is a clever trickster who doesn’t conform to the Jungle’s laws and attempts to get others to do his work for him. The fast talking, manipulative Baloo relies on his wits and ingenuity as his tools in a Jungle that literally requires survival of the fittest.

As you can see, memorable movie characters aren’t just a function of good acting. To a large degree, it also depends on having the right production team willing to break barriers, try new things, and challenge our conceptions of what’s possible. That’s just a little bit of what it takes to create unforgettable movie characters.

Did you enjoy this in-depth look at what makes for a memorable movie character? Make sure you subscribe to our email list. You’ll get the industry’s best tips and insights straight to your inbox every month. 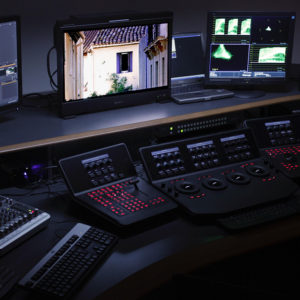