And the Oscar goes to…

Standing at 13.5 inches and 8.5 lbs, the solid bronze 24kt gold plated Oscar is physically significant and the highest honor one can achieve in the film industry. As we speak, the statuettes are being polished, finished, and transported to Los Angeles for the 92nd Academy Awards airing February 9th, 5pm Pacific.

This year, the four movies with the most nominations are Joker, 1917, The Irishman, and Once Upon A Time In Hollywood. The only one shot in Los Angeles was Quentin Tarantino’s 9th film (if you follow his count) about an actor (Leonardo DiCaprio) who has trouble embracing the counterculture times, his stunt double (Brad Pitt), and the new girl next door: Sharon Tate (Margot Robbie).

The main directive that Tarantino gave his crew was to turn back the clock for Los Angeles transforming it from 2018 to 1969 without the use of CGI. Accomplishing this feat required months of collaboration between department heads, construction crews, set decorators, city planners, and local business owners. The result: reconstructed storefronts, historically accurate marquee signage, and for one key transition shot, a miniature set was utilized!

Joining the billion-dollar comic book movie club is Todd Phillips’ Joker starring Joaquin Phoenix in the titular clown makeup. This film has racked up accolades ever since it’s premiere at the Venice Film Festival. It would be no laughing matter to suggest Joaquin is walking away with his first statue after three previous nominations.

Sam Mendes’ 1917 was produced to look as if it was shot in one continuous take and took home the top prize at this year’s Golden Globes. Following up on this win, the Academy gave it 10 Oscar nominations! It should be interesting to see which achievements the Academy bestows on this World War I melodrama.

Martin Scorsese’s $160M budget Netflix film The Irishman reunites Al Pacino, Robert De Niro, and Joe Pesci and made them appear much younger than in real life thanks to extensive de-aging digital effects applied in the post production process. Though it’s been in the conversation the entire awards season, it hasn’t been awarded as many prizes as one would usually assume with that kind of cast and crew assembled.

Which films are you rooting for to win on Hollywood’s biggest night? We’re excited to see how it all plays out! 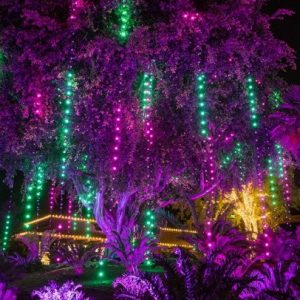 Staying in town for the holidays this year? Take full advantage of the considerably less traffic and check out holiday decor...