Distant cousins you’re mildly jealous of are in town. You pull out that pair of pants with the adjustable waistband and pretend to care about football. You prepare for that one meal where it’s acceptable to serve stuffing three different ways. All of this can only mean one thing -Thanksgiving is here! Get into the holiday spirit by marathoning some festive films before you carve the perfectly (or not so perfectly) cooked turkey.

Here’s our Thanksgiving screening program, gobble it up at your own pace:

We recommend kicking it off with the 1987 holiday road trip classic Planes, Trains, and Automobiles, directed by John Hughes. Steve Martin and John Candy delight as two strangers traveling home for Thanksgiving who can’t seem to catch a break. Their misadventures will remind you of the most unlikely friendships in your life and make you thankful for the latest advances in public transportation.

Jodie Foster’s second directorial effort, Home For The Holidays, finds Holly Hunter, Robert Downey Jr, Anne Bancroft, and Dylan McDermott as a… you guessed it… a dysfunctional family. But this one’s the gold standard of family gathering films, and sends you on a realistic rollercoaster of the ups and downs of dealing with relatives.

Last years’ dark comedy, The Oath, was written, directed and stars Ike Barinholtz who plays opposite Tiffany Haddish. It’s set in the near future where a politically divided family has to sign a loyalty pledge to the government. When they are visited by agents, it’s a pretty safe bet that mayhem and hilarity ensues.

After snagging some Black Friday deals or when the turkey’s tryptophan leaves your bloodstream, it’s time for another film! While you cherry pick your favorite leftovers, why not turn your brain all the way off with the Black Friday classic Paul Blart: Mall Cop? This is the one where mall cop Kevin James rescues loved ones taken hostage by a group of thugs in his suburban New Jersey mall.

Did we miss your favorite Thanksgiving movie? Tell us in the comments. And if you are developing your own holiday movie, don’t forget to include LACS on your location scouting list. 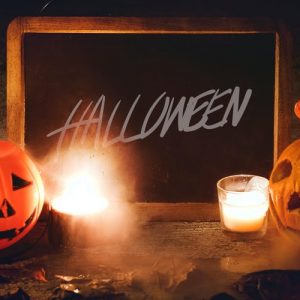 A thick fog envelopes the Los Angeles skyline. You hear nocturnal neighborhood creatures at every turn. And everywhere you go offers...